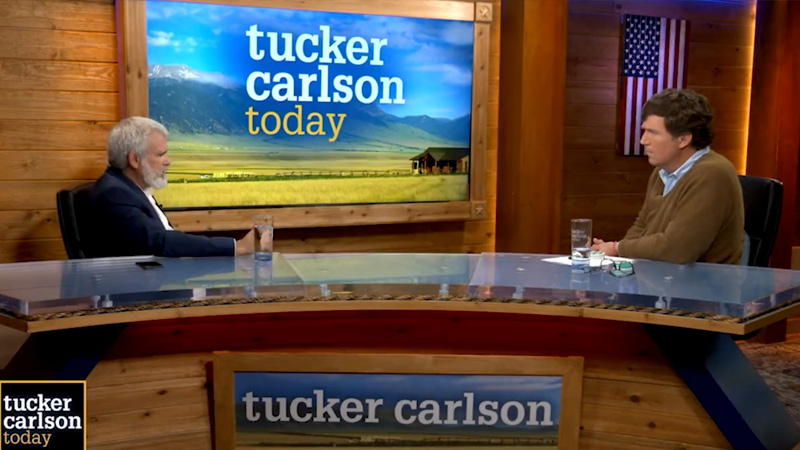 Dr. Robert Malone, the co-inventor of mRNA technology, spoke with Tucker Carlson Today about his recent brush with cancel culture following his appearance on the Joe Rogan Experience.

“This is about political warfare and information warfare,” Malone told Carlson.

“All of these chatters that many have bought into that it’s about culture wars, it’s about vaccines. No, it’s not – It’s about power and money. It’s about Spotify’s market cap dropping.”

Among several bombshells dropped by Malone during the interview, the medical expert revealed that the owners of music streaming platform Spotify, where Rogan hosts his show, and vaccine maker Moderna are one in the same.

Investigating this statement, The Tennessee Star‘s Peter D’Abrosca discovered Malone was not wrong.

The largest stakeholder in Moderna is Baillie Gifford and Company, which owns almost 46 million shares of the company’s stock, valued at more than $11.6 billion.

Baillie Gifford and Company is also the largest stakeholder in Spotify, holding more than 22 million shares of that company’s stock, valued at more than $22 billion.

Baillie Gifford and Company is a worldwide asset management fund founded in Scotland, which has headquarters in New York City and London. It manages a portfolio of nearly half a trillion dollars.

Following his interview with Malone, Rogan faced considerable backlash from the media and others in the entertainment and medical industries, many of whom to be banned from the platform for supposedly promoting “medical misinformation.”