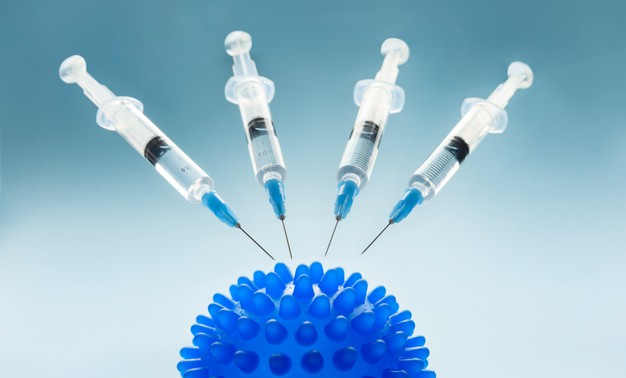 This report examines COVID-19 vaccinations in light of the principles established by the Nuremberg Code, an ethical standard for scientific research developed by the judges in the Nazi War Crimes Trials after World War II.  The Nuremberg Code (1949) (wayne.edu)

In 1972, I was the lead medical and psychiatric expert in a three-judge trial called Kaimowitz v. Department of Mental Health that stopped lobotomy and psychosurgery (psychiatric brain mutilation) from being imposed on state mental hospital patients in Michigan, even if the inmates said that they consented. The injunction was brought by attorney Gabe Kaimowitz on behalf of John Doe and the Medical Committee for Human Rights. The judges’ decision led to the termination of all psychiatric surgery in state and federal facilities in the United States. It became the first of many victories in my campaign to stop the worldwide resurgence of psychiatric brain mutilation.

The three judges determined that inmates of a highly authoritarian, oppressive institution are in no position to freely give consent to dangerous experiments because of their demoralizing circumstances and the inherent threat of coercion, retaliation, pressure, and threats.

These legal and moral principles are embedded in the Nuremberg Code and derived from the experiences of inmates of Nazi concentration and extermination camps who supposedly volunteered for dangerous experiments. My testimony prepared the way for the judges by describing the history and current conditions of state mental hospitals enabling them to compare them to concentration and extermination camps. It also demonstrated that the surgery was indeed mutilating to the brain and destructive to all higher mental and emotional functions.

Recently, Ginger Breggin emailed documents and my publications about the Kaimowitz case to a group of leading physicians and lawyers who are defending human rights from COVID-19 fraud and oppression. I thought it was a good idea because the Kaimowitz decision and the Nuremberg code apply to giving COVID-19 vaccinations to supposedly consenting inmates of jails, prisons, nursing homes and other coercive institutions where they are at the mercy of their keepers and healthcare providers.

But Ginger had a broader perspective. We are all living in an oppressive society in which if we refuse vaccinations we will be subjected to social and governmental pressure, as well as extreme fear tactics. Even worse, many institutions, such as schools and public events, are already announcing that they will not admit individuals who lack vaccine passes. People in the government are warning about vaccine passes being used to control domestic and international travel.  Vaccine passports are weapons of social control.

Public health policies and practices under Anthony Fauci were used to engorge the wealth of billionaires and huge corporations at the expense of humanity. As an even greater long-term menace, COVID-19 public health measures are being used to ramp up and enforce top-down government in America and throughout the world. These, and all the other observations made in this report, are documented in detail in our book, COVID-19 and the Global Predators.

Even if not all the new threats materialize, they are already sufficient to intimidate millions of people into taking vaccinations. Many people, for example, are leery of the vaccinations but accept them out of fear of the legal, political, and social repercussions of refusing. No one living in America today, whether in an institution or at home, is sufficiently free of coercion to voluntarily accept COVID-19 vaccines.

The vaccines being pushed on Americans are vastly increasing the wealth and power of the  pharmaceutical industry and their investors like Bill Gates. None have gone through the regular FDA approval process. All have been rushed through. All the vaccines are dangerous and extremely experimental. Reports of vaccine-related deaths to the CDC reporting systems called VAERS are mounting and will probably exceed 2,000 in the United States when this report is published. Yet these voluntary reports represent only a small fraction of the true numbers. Physicians are always hesitant to report deaths that might be related to their treatments and many physicians are not even aware that their patients have been vaccinated. The healthcare providers who administer the vaccinations typically have no follow up information about the next 48 hours during which many vaccinated patients will die. Reports of deaths in such great numbers in association with a medicine or vaccine would usually result in a stoppage but the CDC is refusing to do a thorough evaluation of the reports. Many other countries are already halting the administration of at least one of the COVID-19 vaccines.

As my recent scientific publications on vaccines confirms, I am not against all vaccinations or vaccinations in principle. But the COVID-19 vaccinations must be stopped. The vaccines are unprecedented in their mechanism, dangerous and very experimental, and the reported deaths are mounting. There is insufficient information for anyone to go give informed consent. And no one in America today is free enough from misinformation, coercion, and threats to make a freely informed decision. Under the principles of the Nuremberg Code, as well as general medical ethics which it reflects, the government should be prohibited from experimenting on its citizens with COVID-19 vaccines.

The tens of millions of people already vaccinated need to be evaluated for both safety and effectiveness, a mammoth task that will take considerable time and effort. When accurate information about the vaccines can be communicated to the public and when citizens are no longer living under such coercive conditions, it may become possible for individuals to make informed freely-chosen decisions about taking the vaccine. But that is a long way off. Before the vaccinations can resume, we Americans must retake our individual and political freedom.

Peter R. Breggin MD is known as “the Conscience of Psychiatry” for his decades of research, forensic work, reform efforts, and many scientific and popular publications. Ginger R. Breggin, his wife and partner in all these activities, has coauthored several books with him, including their newest book, COVID-19 and the Global Predators: We Are the Prey.