What makes Tedros think that the WHO can run an epidemic better than individual states can? 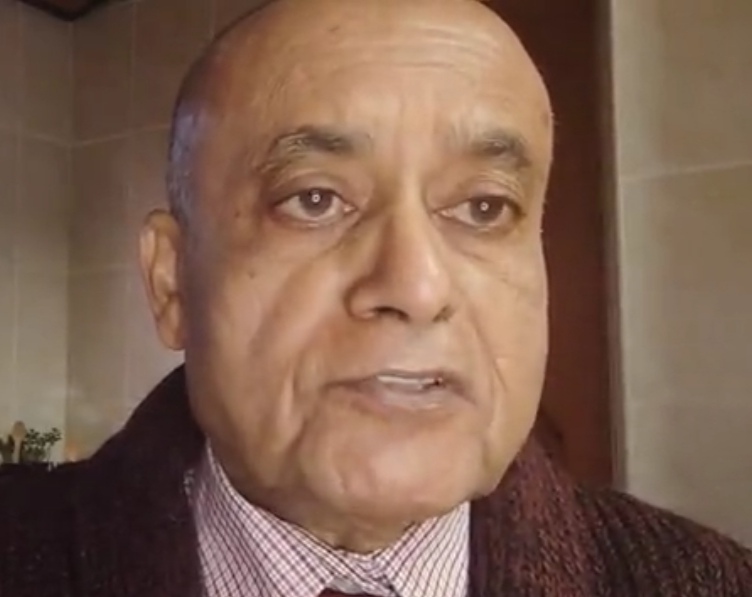 This last week of May, 2022 will be remembered as one of the greatest but saddest moments in the history of the world and humanity.

In the city of Davos, Switzerland, the world’s richest people in the world belonging to the WEF were busy working on a strategy to colonise the entire world.

Three hours away, in Geneva, the privately controlled WHO convened a meeting with representatives from 193 nations to usurp the role of sovereign states to take over the management of health emergencies of member states without the consent of the member states or their citizens.

Dr Klaus Schwab, head of the WEF and Dr Tedros Ardenham Ghebreyesus, head of the WHO, have become the self-appointed future dictators to take over our countries and the management of emergencies in member states without the consent of ordinary citizens because our Governments have signed over power to these enemies of the world, who are obsessed to bring about widespread unhappiness and doom for the entire universe.

Klaus Schwab and his motley crew will ensure that you will “own nothing and be happy”. You will own nothing because they, the super-rich, with the stroke of our Governments pen, will own all our land and possessions. They will be happy, rich and in control while the rest of the world will live in total and abject misery.

Our world will become sheer hell, run like China, where the state will own everything and you will own nothing. Look at the human rights atrocities being committed by the CCP in China in Shanghai over the covid outbreak and the entire world is silent about it, including the WHO.

We could suffer a similar fate under Klaus Schwab and his rich despots.

All your freedoms, right to free speech, privacy and human dignity will have no place in this new world order. Our wonderful constitution will be scrapped into the dirt.

You will be chipped with a microchip to register your carbon footprint called ICF(Individual Carbon Footprint), which will record where you stayed, where you went, what you spent, what you bought and what you ate. This is supposed to be measured by you but it will actually be measured by the state to control your every movement and monitor how you spend your money. The state will know everything about you to control you.

The state will use their power to control you by curtailing your liberties and/or your spending if they feel that you have exceeded your carbon emission limits, while these super-rich thugs pollute the atmosphere with their private jets, yachts and fuel guzzling limousines.

Klaus Schwab mentioned that the future will be determined by the three thousand rich delegates in the room, as if these psychopaths are a specially chosen group to lead the world because they have all the money in the world.

No one chose these these rich people to be the leaders of the world. They are merely a bunch of psychopathic bigots who have lost every ounce of morality and are totally ignorant of the needs of ordinary human-beings because they lack the milk of human kindness.

These very leaders became extremely wealthy through inheritance; through suppression of the world’s people through starvation wages; and through suppression of competition. By becoming oligarchies through a capatalist system that favoured the super-rich, they unfairly destroyed the small entrepreneur and the little grocer, and made the entire universe their slaves.

Today these leaders are complaining that the capatalist system that made them so stinking rich is responsible for destroying the world’s economy. How bizzaire.

During the lockdown, it is companies like Amazon and the big supermarket chains and online stores that made huge sums of money, while millions of small businesses crumbled to extinction without an ounce of relief from Governments, who were too busy pushing the vaccine agenda for the corrupt pharmaceutical industry.

Millions lost their jobs and over 1 billion people went starving because of unemployment.

There was a 40% increase in alcohol use deaths during covid during Lockdowns and restrictions because alcohol was the quickest escape from the painful suffering from useless Covid policies or mental illnesses like depression and anxiety.

Dr Tedros, the head of the privately owned WHO, was busy in Geneva pushing member states to sign over their sovereignty to the WHO.

What makes Tedros think that the WHO can run an epidemic better than individual states can? The WHO did a disgusting job of managing Covid.

The WHO suppressed early treatment for covid and pushed the Vaccine agenda. This caused millions of lives to be lost unnecessarily, when they could have been saved.

Africa did not follow the WHOs advice because they could not afford to.They used re-purposed drugs, acquired widespread natural immunity through exposure and had the lowest vaccination rate, yet Africa ended up with the lowest death and hospitalisation rates compared to the rest of the world.

Tedros, under the heavy influence and control of the evil Bill Gates is concerned about looking out for pathogens of international concern by Bill Gate’s 3000 hand-picked scientists to create a vaccine to stop the spread of the potential the pathogen.

This is a lofty ideal from Bill Gates, who is no doctor and has no clue about cell biology or immunology.

It is not scientists working in a lab that will determine the seriousness of a strain; it is frontline primary doctors, who can determine if a strain is serious or not through the clinical presentation of a particular pathogen as was demonstrated by the Omicron strain. Only front line doctors have first hand knowledge of how a particular pathogen will behave through clinical presentation.

I picked up the Omicron strain in the end of October, 2021, which was identified by another GP, Dr Coetzee, only in Nov 2021.

We both described that the Omicron was mild and safe, so there was no need to worry.

I described Omicron as nature’s answer to ending the pandemic in November, 2021 and the evidence that ensued vindicated my opion on it.

Most countries in the world, except China and dictatorial South Africa, have accepted that Omicron is safe and resistant to the vaccine, so these countries have prudently removed all restrictions, Lockdowns and mandates.

They all felt that herd immunity through Omicron is the best and only option to deal with Covid and they are right.

While all these evil plans were being contrived in Switzerland, which has shamefully become the host country of the most evil people in the world, in a small town of Bath, England, some of the world’s leading scientists, doctors, honest media journalists held a conference, “A better way forward” where a number of issues around Covid, its treatment, the vaccine – its efficacy and safety- were being hotly discussed in an open and democratic way. The way that science should be discussed.

These scientists and members of the media represented the true custodians of the citizens of the world. The men women at this conference were people with a conscience, untainted by Bill Gate’s and big pharma’s pecuniary influence

These great souls exposed the dangers of the Vaccine, the outright lies about the pandemic by mainstream media, governments and cheaply purchased medical institutions and the repression of early treatment for Covid by the WHO, DR FAUCI, FDA and CDC.

The lies about vaccine safety, efficacy and fraud by big pharma regarding information about these Vaccines were fully exposed for the discerning public to listen to the truth.

For those of us who dedicated our lives these past two years in pursuit of the truth, it was so refreshing to hear the CEO of Moderna cry like a child at the WEF meeting, after making billions of dollars that his company had to dump 30 million doses of their Vaccine because no country in the world wanted it.

He went to all the embassies of the world in Washington, like a used car salesman but they all refused to buy his failed treatment.

During this period it was revealed that 400 million doses of astra Zenica and J&J Vaccines manufactured in a Baltimore factory had to be discarded because they were found by a congressional committee to be unsafe.

This must have come as a mighty blow to the Vaccine/money loving Gates, big pharma, WHO, WEF, Fauci and all the people pushing the Vaccine agenda for their personal reasons/gain.

The majority of the world’s population, who objected to these Vaccines and the WHO treaty have been irately described by Schwab as fringe.

Perhaps it’s a good time to ask the stupid Gates, why he is promoting boosters every six months for people over fifty after he recently mentioned in an interview that Omicron is nature’s Vaccine that saved the world from the pandemic and beat the vaccine to it.

Well done to the citizens of the world for standing up against the tyranny of a few heartless rich people for trying to turn our cherished democracies into repressive Chinese style dictatorships, where you will be robbed of everything and be eternally miserable.