The youngsters sacrificed on the Covid vaccine altar 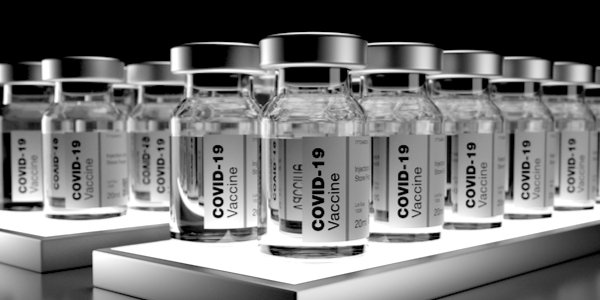 THE Jimmy Savile documentary showed how monsters can hide in plain sight while apparently decent people choose to ignore the signs only to express their shock and outrage after the event.

Will it be 2042 or 2062 when Netflix releases a documentary about a certain medical scandal in the early 2020s, when a mandated government vaccine killed and damaged thousands of children and young people? The documentary makers and their audiences will ask, ‘Why did no one listen? How was this allowed to happen?’

It followed earlier warnings of the serious risk and evidence of post-vaccine myocarditis in young men, evidence-based warnings that have continued while the public have watched athletes collapse or die.

How much more evidence is needed to stop the health authorities saying these events are rare or for adults in authority to stop pushing these injections on kids and young people?

Perhaps they are acting in bad faith. Or, more likely, they never question what their bosses tell them to push. To be told something is safe makes it safe.

Yvette D’Ath, Health Minister for Queensland, Australia, said: ‘I don’t think anyone can explain why we saw a 40 per cent jump in code ones [the highest priority ambulance call] . . . sometimes I’ll walk into an ambulance service and they’ll say “We had a 30 per cent increase in code ones yesterday, we can’t tell you why, we just had a lot of heart attacks and chest pains, trouble breathing, respiratory issues”, sometimes you can’t explain why those things happen.’

Ernest Ramirez, whose only son Ernesto collapsed and died in front of him during basketball after his Pfizer shot, might be able to give us something of a clue. His testimony is one of the most upsetting things you will ever watch or hear. Ernesto is one of so many victims of the coronavirus vaccine. Few know his name now, and this is precisely the problem. His death was extremely rare, the public health experts sneer. Not rare enough. And the relative statistical rareness of his death is irrelevant because his death was completely avoidable and he would otherwise be alive.https://platform.twitter.com/embed/Tweet.html?creatorScreenName=TheConWom&dnt=true&embedId=twitter-widget-0&features=eyJ0ZndfZXhwZXJpbWVudHNfY29va2llX2V4cGlyYXRpb24iOnsiYnVja2V0IjoxMjA5NjAwLCJ2ZXJzaW9uIjpudWxsfSwidGZ3X3JlZnNyY19zZXNzaW9uIjp7ImJ1Y2tldCI6Im9mZiIsInZlcnNpb24iOm51bGx9LCJ0Zndfc2Vuc2l0aXZlX21lZGlhX2ludGVyc3RpdGlhbF8xMzk2MyI6eyJidWNrZXQiOiJpbnRlcnN0aXRpYWwiLCJ2ZXJzaW9uIjpudWxsfSwidGZ3X3R3ZWV0X3Jlc3VsdF9taWdyYXRpb25fMTM5NzkiOnsiYnVja2V0IjoidHdlZXRfcmVzdWx0IiwidmVyc2lvbiI6bnVsbH19&frame=false&hideCard=false&hideThread=false&id=1455834583509897217&lang=en-gb&origin=https%3A%2F%2Fwww.conservativewoman.co.uk%2Fthe-youngsters-sacrificed-on-the-covid-vaccine-altar%2F&sessionId=8e78aea23c8c9bbe26f35786a79728dfd3a0e048&siteScreenName=TheConWom&theme=light&widgetsVersion=b45a03c79d4c1%3A1654150928467&width=550px

These are the words of Ernesto’s stricken father:

‘I was a father of a 16-year-old son, single parent, I raised my boy since he was a baby, he meant the world to me, I got the vaccine to protect my son, and back in March April, they were announcing how it was safe for teenagers. Me and my son have never been apart, we were always together. He was my best friend. He was always full of smiles, anybody who knew my son would see he was happy . . . We used to go fishing, camping, do everything.

‘I’m gonna spend Christmas in that cemetery, they need to quit pushing this on our children. I lost mine, I need to protect yours.’

Mr Ramirez’s fundraiser to raise awareness around the issue was later deleted by Go Fund Me for ‘prohibited conduct’.

Evidence that the young are being sacrificed to an internationally and nationally inspired covid vaccine cult is everywhere. Just read the testimonies of many young Australians (and Australia based Brits) who were coerced and bullied into getting vaccinated, and then suffered horrible injuries as a result. 20-year-old Taylor Cattanach is one of them. She did not want the vaccine but was essentially forced into getting it because not doing so would have meant being excluded from society and many forms of employment. ‘I sat there crying as she injected [the vaccine],’ she writes. Later she developed a heart problem, either myocarditis or pericarditis.

Another testimony is from Kristy Sherween, mother of a 15-year-old boy named only as ‘J’.

J got the vaccine because he needed knee surgery in Brisbane and it was mandatory. Soon after his second dose, he began to have trouble breathing. Hospital doctors sent him home advising Nurofen and rest. The next day J went to the shops, and called his parents to say he had chest pain and couldn’t breathe. Again hospital doctors sent him home. That night, J lost his eyesight and the next day his heart rate was 180 per minute. A GP told him he had anxiety.

With the chest pain was worsening, J was seen again in hospital and sent home. Days later, following some light exercises, J was found collapsed unconscious. The doctors finally indicated that the vaccine might be related to J’s suffering, but refused to write it down.

Global evidence of harm is accumulating. Last December Vietnam suspended a whole batch of Pfizer vaccines after 120 schoolchildren were hospitalised. In Hong Kong, a myocarditis risk of 1 in 2,680 in boys aged 12 to 17, a 13-fold increase over background rates of the condition, was reported last November.

Now evidence is coming to light in the UK of greatly inflated heart failure emergencies. This month for example a freedom of information release (reference number 05039) from NHS Blackpool Teaching Hospitals revealed that heart failure diagnostic clinic referrals in 2021 were nearly ten times what they were in 2020.

The figures are as follows:

The 2020 figure, which shows a rapid decrease in heart referrals, is a scandal in itself, suggesting this was one impact of the NHS Covid only service; that poor souls told hospitals were overwhelmed by Covid suffered untreated heart failure at home. The non-Covid excess death figures, particularly in private homes, suggest there were many.

What is causing this?

Stress and misery from the restrictions (an outrage in itself) could be a contributory factor. But more likely, given the worldwide evidence base, it has to be the Covid vaccine

This inspired me to do a little research of my own. I asked my local authority, NHS Buckinghamshire, how many heart referrals they had dealt with each year from 2016 to 2022 so far. These were the results: