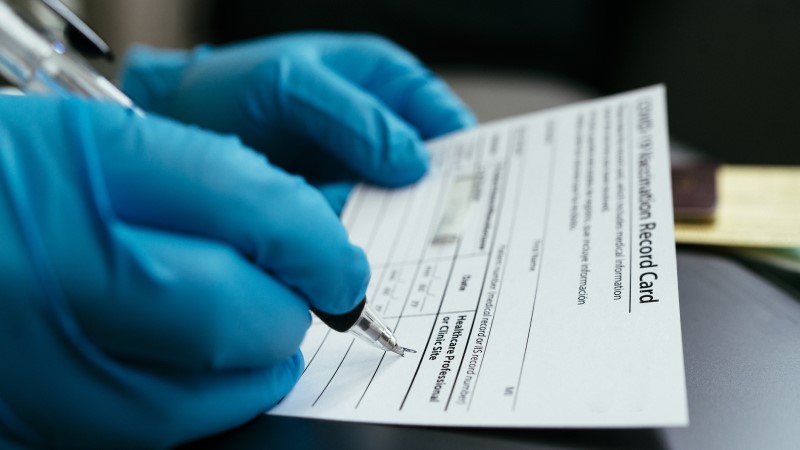 Spanish police carried out an investigation – Operation Jenner – which uncovered a vast network of celebrities and “elites” who paid money to have their names fraudulently entered into the National Immunisation Register, despite refusing to be vaccinated.  One of the “elites” was Jose Maria Fernandez Sousa-Faro, president of European pharmaceutical giant PharmaMar.

The Europe wide investigation was named Operation Jenner after Edward Jenner who developed the first vaccine and is considered the father of immunology. Operation Jenner saw seven people arrested in Barcelona and Madrid in late January.  Reportedly there are 2,200 people involved in the fraud and the investigation is ongoing with more evidence being collected before many of those go to trial.

In February, EuroWeekly reported that an award-winning Spanish actress, Verónica Echegui, was being investigated for buying a fraudulent Covid vaccination certificate or passport from a criminal gang whose fraudulent operations began in September 2021 and remained active until January 2022.  The scam was uncovered by a policeman who was engaged in curbing extremism on the “dark web.”

The gang, who infiltrated Spain’s National Health System, reportedly had been using an “insider” nurse. The nurse and an assistant entered data on the Spanish National Health System to enable certificates to be issued that were “real” but for people who had not received an actual vaccine.

According to El Mundo, the gang’s fee was dependent on the number of Covid “vaccine” doses their customers wanted to be registered as administered, one or several.  However, EuroWeekly reported: “According to the police who are investigating … the fee was dependent on your social standing. The more important you were, the higher the price.”  An earlier, January, article by El Periodico explained a two-tier fee system:

The plot discovered in Operation Jenner had two different rates, according to the investigations. On the one hand, “VIPs” or posh clients, such as a businessman, an aeroplane pilot and various characters from the world of entertainment, paid a thousand euros to get a vaccination certificate and a Covid passport … there are no politicians or soccer players.

On the other hand, another group of clients, some linked to the world of crime, paid a much more affordable rate, about 250 euros, to be included in the vaccinated registry. Among that group would be a well-known Alunicero (robber of jewellery stores and shops, ramming cars into shop windows) from Madrid, another man with a history of homicide and the one baptised as the Queen of Coca, a woman known as “The Tits”, linked to the group of Los Miami and on probation awaiting trial for drug trafficking and money laundering. That cheaper rate would be, according to sources of the investigation, the one that the singer Omar Montes would have also paid.

The latest high-profile personality to be caught up in the scandal is PharmaMar’s President, Jose Maria Fernandez Sousa-Faro. As confirmed by police sources, Fernández-Sousa is accused of arranging to be injected with a saline solution instead of a Covid “vaccine” and paid thousands of dollars to have his name added to Spain’s immunisation register, Signs of the Times wrote.

Fernández-Sousa is a professor of Biochemistry and founded PharmaMar in 1986. He has been in the pharmaceutical industry for more than 35 years and was a member of the boards of directors of Antibióticos, Penibérica, Pescanova and Cooper-Zeltia, among other companies. The company he chairs, PharmaMar, is one of the main Spanish pharmaceutical companies and emerged from the absorption of Zeltia in 2015. In 2021 it obtained profits of 92.82 million, and in the first quarter of this year it earned 22 million euros, based on its own data.

Among other medicines, PharmaMar markets Aplidin for patients with multiple myeloma. This drug is now being tested, in the trial phase and is pending authorisation from the Ministry of Health, to treat precisely Covid patients.

Last March, the president of PharmaMar assured in an interview with El Español that he had suffered from coronavirus and that he had been treated with his company’s medicine “with positive results.”

Operation Jenner: The president of one of the main pharmaceutical companies in Spain, on the list of false vaccinated against the coronavirus, El Periodico de Espana, 24 May 2022

Well known people investigated so far as part of Operation Jenner include:

CLICK HERE to watch our live feed that’s now streaming 24/7 on GETTR! Also, be sure to follow Alex Jones and Banned.video on GETTR for breaking news and exclusive information!