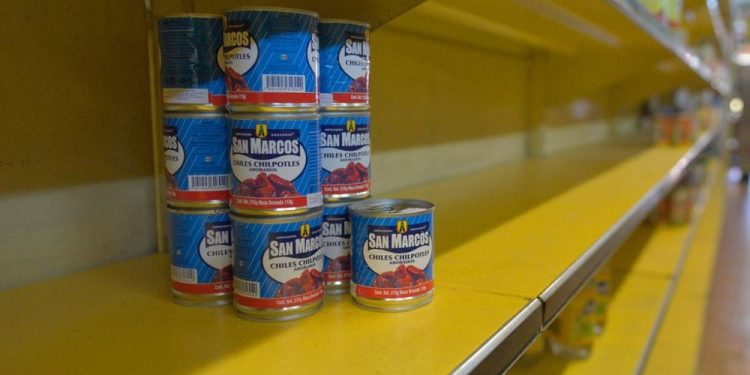 The globalists have been planning a global famine that would collapse American society as early as 2015.

This is according to Edward Szall, an investigative reporter who spoke to Stew Peters on “The Stew Peters Show” about a crisis simulation conducted in November 2015. This simulation was called the “Food Chain Reaction: A Global Food Security Game” and was conducted over the course of two days in Washington, D.C.

Present in the simulation was an international group of policymakers, academics and business leaders. The group includes representatives from the countries that produce the largest amount of food, including Brazil, China and Ukraine. (Related: Merritt Medical Hour: Starvation and famine will be weaponized to control people – Brighteon.TV.)

Also present were representatives from the World Wildlife Foundation, the Center for American Progress and the Center for Naval Analyses, a federally funded research and development center for the Navy and the Marine Corps.

The simulation takes place between 2020 and 2030. According to the projections made during the simulation, the decade brought about two major food crises which saw prices surging by nearly 400 percent.

The crisis simulation also predicted extreme weather events supposedly caused by climate change, several famines and refugee crises in Bangladesh, Chad, Myanmar and Sudan, and the toppling of the governments of Pakistan and Ukraine.

Some of these predictions ended up becoming a reality, especially regarding Ukraine and Pakistan. The ongoing war in Ukraine is already well known. But in Pakistan, former Prime Minister Imran Khan was recently overthrown and a new, more Western-friendly government has taken over.

Khan alleged that his ouster from power was organized by “foreign elements,” who used many members of Pakistan’s parliament to further their own goals.

The simulation also predicted that the world would experience “a steep price spike with looming global food shortages” in 2022. In response to these food shortages, the European Union in the simulation introduced a carbon tax on meat products which would only be reversed in 2025 when harvests return to normal.

“We’ve learned that a carbon tax is a possibility in years ahead,” said Joe Stone, at the time the corporate vice president of Cargill and the company’s representative in the simulation.

Szall remarked that it was very weird that the only response the crisis simulation had to famine was a global carbon tax.

“The global response should be [to] plant more food, get back to the hyper localization of farming, prepare,” said Szall. “Their response was ‘We’re going to make your burger, your Big Mac, cost $20. And guess what … if you have any problem with it, you’re a terrorist, you’re a problem to the government, you’re someone who should be monitored.’”

During the crisis simulation, Szall said, several participants raised the point that people will have problems with being forced to pay more for food because of carbon taxes. The simulation’s solution to this, according to Szall, was for governments to “build out some kind of network to watch them.”

Szall pointed out that Cargill, one of the simulation’s main participants, is connected to Bill Gates through their initiatives to replace natural meat with lab-grown meat. Furthermore, the investigative reporter said the keynote speaker of the crisis simulation is John Podesta, the former manager of Hillary Clinton’s failed 2016 presidential campaign.

“I can’t say that I’m surprised at all,” said Peters. “John Podesta, directly tied to Hillary Clinton, all of them in bed with Bill Gates. All of them, key components in this Luciferian global cabal, all a part of the Deep State.”

Learn more about the global food crisis and how it may have been engineered by globalists at Globalism.news.

Watch this clip from “The Stew Peters Show” as host Stew Peters and investigative reporter Edward Szall talk in detail about the premeditated plan to plunge America into a famine.

This video is from the channel The Prisoner on Brighteon.com.