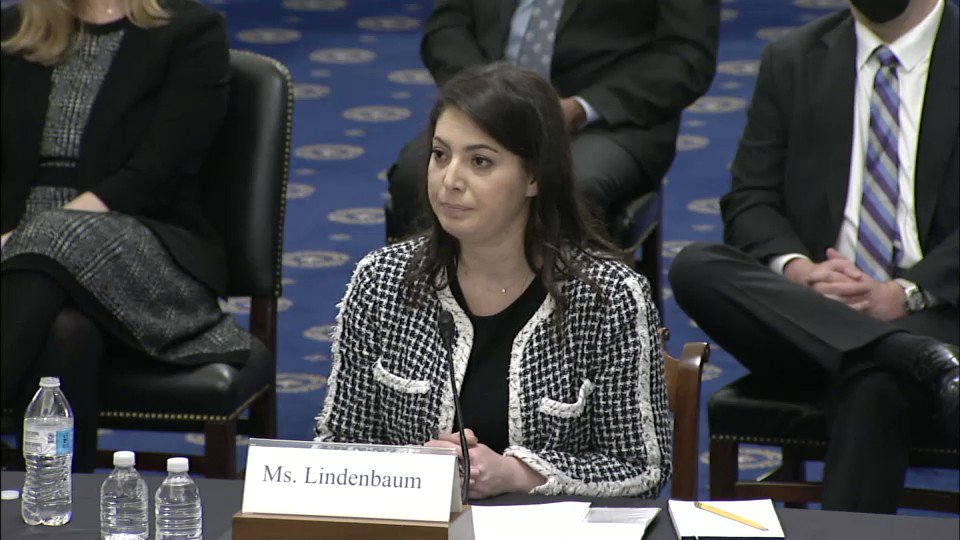 100% Fed Up reported that for more than a year and a half, Mike Lindell has been called a liar, and others have dropped his products from their stories because he stated the voting machines in the 2020 election switched the votes causing Biden to win the election illegally.

MI Constitutional attorney matt DePerno has been demonized by the Dems, even the AG Dana Nessel, who Matt DePerno hopes to run against in the November 2022 midterm elections.

But, while testifying, FEC Nominee Dara Lindenbaum, an election lawyer, and General Counsel to Stacey Abrams’ campaign confessed that she put her name on a legal document swearing that voting machines illegally changed votes from one candidate to another.

Sen. Ted Cruz to Biden, the nominee to the FEC, stated: “As an officer of the court, you were willing to put your name on a legal pleading alleging that the machines used in Georgia in 2018 were switching votes illegally from one candidate to another. Is that correct?” Dara Lindenbaum: “Yes”https://platform.twitter.com/embed/Tweet.html?dnt=true&embedId=twitter-widget-0&features=eyJ0ZndfZXhwZXJpbWVudHNfY29va2llX2V4cGlyYXRpb24iOnsiYnVja2V0IjoxMjA5NjAwLCJ2ZXJzaW9uIjpudWxsfSwidGZ3X3NwYWNlX2NhcmQiOnsiYnVja2V0Ijoib2ZmIiwidmVyc2lvbiI6bnVsbH19&frame=false&hideCard=false&hideThread=false&id=1511802778578006030&lang=en&origin=https%3A%2F%2Fthetruedefender.com%2Fbiden-fec-nominee-confessed-her-names-on-legal-document-attesting-voting-machines-used-in-ga-illegally-switched-votes-from-one-candidate-to-another-watch%2F&sessionId=23048ce063a9f918bcb01d479ec3c57b05a89a6b&theme=light&widgetsVersion=c8fe9736dd6fb%3A1649830956492&width=550px

Washington Free Beacon reported that Biden’s pick to serve on the Federal Election Commission represents Abrams’s nonprofit and Raphael Warnock’s church in a lawsuit that challenged the validity of GA’s 2018 election due in part to the state’s use of unreliable voting machines.

In November 2018, Data Lindenbaum signed on to a federal legal complaint on behalf of Abram’s Fair Fight Action.

The complaint challenged the GA’s 2018 election, which saw Abrams lose to Republican governor Brian Kemp in a race she never conceded.

‘’According to the complaint, the state of Georgia “grossly mismanaged” the election by depriving “Georgia citizens, and particularly citizens of color, of their fundamental right to vote.” As a result, the complaint said, Georgia’s election “violated the First, Fourteenth, and Fifteenth Amendments to the United States Constitution.”

The complaint also lamented the use of “insecure and unreliable” electronic voting machines that “lack a paper trail” and thus “cannot be audited”—those machines even “switched” votes from Abrams to Kemp, according to the complaint.’ ’TGP reported.