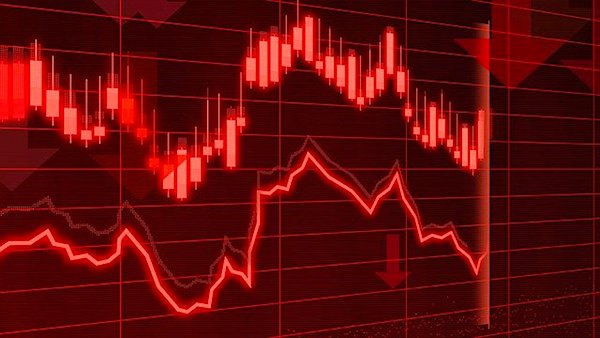 In a video interview Wednesday with WND, a former Wall Street executive whose analysis of CDC data shows an alarming rise in deaths among Millennials over the past year amid the COVID vaccine rollout said he’s hoping to start a national conversation that will penetrate an establishment media “blackout” by emboldening people across government and private industry to speak out.

“That’s my goal, to just change the conversation, to give people cover,” said Edward Dowd, a former portfolio manager for the multinational investment firm BlackRock.

“Once the subject is broached, you don’t sound as crazy, if some other guy said it before you,” he told WND.

Dowd and a Wall Street insurance analyst with whom he has teamed conclude the CDC data show the Millennial generation suffered a “Vietnam War event,” with more than 61,000 excess deaths from March 2021 to February 2022.

There was a particularly significant “spike” in mortality in the fall of 2021, he said, that cannot be explained by the delta variant, opioids, suicides or other causes.

“The only signal that makes sense to me is the vaccines,” said Dowd, who describes himself as a “futurist” and a “stock picker.”

“You don’t have to agree with me,” he added. “But I’m hoping that this starts a national conversation. And let’s have Senate hearings, let’s get some experts involved.”

Dowd said people are welcome to argue with him.Are COVID vaccines the greatest fraud in history?Yes No  Completing this poll entitles you to WND news updates free of charge. You may opt out at anytime. You also agree to our Privacy Policy and Terms of Use.

“But so far the mainstream media doesn’t seem to have any interest in what we are saying.”

The Millennials, about ages 25 to 40, experienced an 84% increase in excess mortality over that period, Dowd found. It was the highest increase in excess deaths of any age group last year – seven times higher than the Silent Generation, those who are older than 85.

See the video interview with WND:

Dowd said his role mostly is to provide interpretation and analysis of the data while the insurance expert is “doing the heavy lifting” of compiling it.

He said his partner in the project, who has actuarial training, analyzed the insurance industry on Wall Street for seven years. The insurance expert, Dowd said, currently is presenting the data to a financial group and will eventually reveal his identity.

Dowd also has examined the Pfizer clinical trial data provided by whistleblower Brook Jackson, concluding it, and the fact that Pfizer tried to hide it for 75 years, point to “clinical fraud.”

Dowd said Jackson “basically was asked to participate in a cover-up,” and after blowing the whistle, she was fired.

‘This is a big disruption’
In the interview with WND, Dowd discussed the reliability of analyses by investors and insurance companies, who put their wealth at risk, compared to other industries.

“The thing to remember about the insurance industry,” he said, “is that they make money by predicting health-care issues and death-rate issues – and they do that fairly accurately, and with precision.

“So any disruption to that upsets their business model,” he said. “And this is a big disruption.”

Dowd said the implications of his conclusions are “grim” and “mind-boggling.”

“If I am correct – and let’s assume I am for the sake of this argument – we have the greatest, colossal financial and human fraud endeavor in the history of the globe.”

And it was done with the assistance of governments, the media and tech companies, Dowd said.

“This is a loss of trust in all institutions.”

‘God has a better plan’
Dowd said he hasn’t been approached by anyone in Congress.

“But the good news is that what we’ve found is being recreated by others,” he said. “This is spreading.”

Dowd concluded the WND interview with a candid discussion about his faith in God and the divine “coincidences” that led to him being given a platform to speak out.

“I just knew I had to do it. It’s the right thing to do. I’m here because I think God put me here,” he said.

Dowd recounted a severe trial in his life in which he experienced healing and learned to put his trust in God rather than in himself.

“I have a plan. But God has a better plan. That’s what usually happens,” he said.

“I just roll with the punches and let him take me where he wants.”

EDITOR’S NOTE: Last year, America’s doctors, nurses and paramedics were celebrated as frontline heroes battling a fearsome new pandemic. Today, under Joe Biden, tens of thousands of these same heroes are denounced as rebels, conspiracy theorists, extremists and potential terrorists. Along with massive numbers of police, firemen, Border Patrol agents, Navy SEALs, pilots, air-traffic controllers, and countless other truly essential Americans, they’re all considered so dangerous as to merit termination, their professional and personal lives turned upside down due to their decision not to be injected with the experimental COVID vaccines. Biden’s tyrannical mandate threatens to cripple American society – from law enforcement to airlines to commercial supply chains to hospitals. It’s already happening. But the good news is that huge numbers of “yesterday’s heroes” are now fighting back – bravely and boldly. The whole epic showdown is laid out as never before in the sensational October issue of WND’s monthly Whistleblower magazine, titled “THE GREAT AMERICAN REBELLION: ‘We will not comply!’ COVID-19 power grab ignites bold new era of national defiance.”

Content created by the WND News Center is available for re-publication without charge to any eligible news publisher that can provide a large audience. For licensing opportunities of our original content, please contact licensing@wndnewscenter.org.

Art MooreSummary Recent Posts ContactArt Moore, co-author of the best-selling book “See Something, Say Nothing,” entered the media world as a PR assistant for the Seattle Mariners and a correspondent covering pro and college sports for Associated Press Radio. He reported for a Chicago-area daily newspaper and was senior news writer for Christianity Today magazine and an editor for Worldwide Newsroom before joining WND shortly after 9/11. He earned a master’s degree in communications from Wheaton College. @@arthurdmoore

WND COMMENTING IS BACK!

Dear WND Readers and Commenters: In response to WND recently being totally de-monetized by Google (an action Google claims it took, in part, because it objected to content posted by some commenters), WND temporarily removed commenting from the site to allow our tech team time to implement a commenting solution that would allow commenters to continue to voice their opinions freely, while also allowing WND to continue to publish the news fearlessly and cover topics of vital importance to our readers.

Commenting is now back! As part of our solution to Google’s attacks on our commenters, we are switching our commenting platform to INSTICATOR. Don’t worry! We’ve saved all your account info and comments from previous articles. All you have to do is create a commenting account with Insticator and then you will be able to link past comments from Disqus into your new Insticator account. Due to the volume of comments, some older comments may currently be missing but will be uploaded soon! If you have any feedback or questions about your Insticator commenting account, please email them at: commenting-help@insticator.com