The West’s Delusions About This War: Putin Is NOT Crazy And The Russian Invasion Is NOT Failing 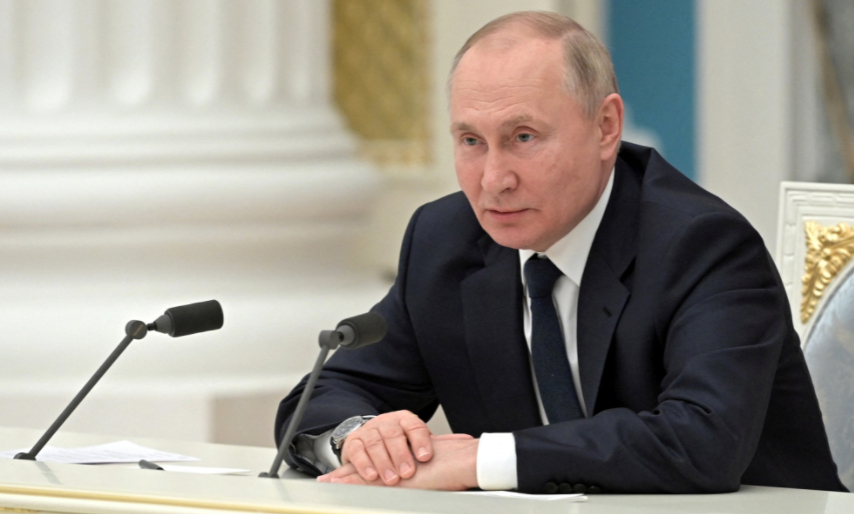 Wishful thinking has the upper hand in the battle to shape Western perceptions of the war in Ukraine. Sympathy for the outnumbered and outgunned defenders of Kiev has led to the exaggeration of Russian setbacks, misunderstanding of Russian strategy, and even baseless claims from amateur psychoanalysts that Putin has lost his mind.

A more sober analysis shows that Russia may have sought a knockout blow, but always had well-laid plans for follow-on assaults if its initial moves proved insufficient.

The world has underestimated Putin before and those mistakes have led, in part, to this invasion of Ukraine.

We must be clear-eyed now that the war is underway. Yet even the professionals at the Pentagon are letting sympathy cloud their judgement. Just two days into Russia’s invasion of Ukraine, U.S. Department of Defense briefers were quick to claim that failing to take Kiev in the opening days of the war amounted to a serious setback.

DoD briefers implied that Russia’s offensive was well behind schedule or had even failed because the capital had not fallen. But U.S. leaders should have learned to restrain their hopes after their catastrophic withdrawal from Afghanistan.

Once again, U.S. and Western officials are falling into the trap of failing to understand Putin and his objectives.

Allegedly, Putin believed that the Ukrainian government would collapse once Russian troops crossed the frontier and pushed to Kiev. Putin certainly hoped for a swift victory, but he clearly was not relying on his opening salvo as the only plan for success. Rather, the Russian military was prepared to take the country by force if a swift decapitation strike fell short.

This kind of plan should be familiar to Americans who remember the 2003 invasion of Iraq.

In the first hours of the war, the U.S. Air Force launched its ‘shock and awe’ campaign in an attempt to kill Saddam Hussein and other key leaders and bring down the government. Saddam survived, but the U.S. military was fully prepared to follow up with a ground assault.

A look at the Russian military offensive demonstrates there was a plan for a full-scale invasion, which Russia is now executing.

Conventional, mechanized warfare is a time and resource-consuming enterprise, and an operation of this scope isn’t cobbled together in days.

The Russian offensive is taking place on four separate fronts. On a fifth front, in eastern Ukraine, which Putin declared independent last week, Russian forces are tying down Ukrainian troops that are needed elsewhere. The bulk of the Russian forces are advancing southward from Belarus to Kiev.

Russian advance forces, including air, mobile and reconnaissance troops, have been engaged with Ukrainian troops outside of Kiev since the start of the war. A massive column of Russian troops, estimated at over 40 miles long, is just 20 miles north of Kiev, and is likely assembling to surround the capital.

If Russian forces can take Kiev and push southward to link up with forces on the Crimean front, thus splitting Ukraine in two, it would be a major blow to the Zelensky government.

What matters more than a handful of setbacks is that Russian forces have pushed 70 miles into contested terrain in less than a week and are on the outskirts of the capital. This is not a sign of a disorganized, poorly assembled, and failed offensive.

The southward push from Belarus to Kiev is supported by another Russian column, launched from the east in the vicinity of Kursk. If this column can link up with Russian troops near Kiev, it will envelop Ukrainian forces in most of Chernihiv and Sumy provinces, depriving the Ukrainian military of much-needed soldiers and war material needed elsewhere, and cutting off the government from two northern provinces.

Further east, Russian forces have launched a broad offensive aimed at Kharkiv, Ukraine’s second-largest city, which is now under siege. In the south, Russian forces, supported by amphibious assaults from the Black Sea and the Sea of Azov, have poured into Ukraine from Crimea.

On this front, Russian forces have branched out along two main axes, one northwest along the Pivdennyi Buh River, and another northeast along the coast and inland towards the Donbas region, which Russia annexed shortly before the invasion.

If Russian columns from either southern front can link up with forces further north, they would cut off many Ukrainian troops from reinforcement—one of the two columns has already advanced roughly 160 miles.

Russian generals have often chosen to bypass towns and cities that are putting up stiff opposition and isolating them to deal with later.

At the moment, the artillery and rocket attacks there have been limited, perhaps to send a message to the citizens as a warning of what may come. Putin appears to want to take Ukraine intact, but will not hesitate to increase the intensity of attacks if needed.

The systematic nature of the Russian assault is at odds with speculation that Putin has lost control of his senses. Nobody knows for sure, but Putin’s actions appear to be that of a cold and calculating adversary. Dismissing his decision to invade Ukraine as a form of madness is effectively an excuse to ignore Putin’s likely motivations and future actions.

Strategically, Putin’s advance on Ukraine began well over a decade ago, when he invaded and Balkanized Georgia by recognizing the Kremlin’s puppet regimes in the regions of Abkhazia and South Ossetia. In 2014, Putin occupied and annexed the strategic Ukrainian region of Crimea, which served as a launchpad for the current invasion.

The United States and Europe imposed limited sanctions but continued to engage with him on the Iranian nuclear deal and other top issues. Today, Putin has calculated that taking Ukraine by force is in his and Russia’s interest.

He no doubt anticipated that the West would impose diplomatic and economic sanctions, which U.S. and European leaders threatened beforehand. Putin may have miscalculated Ukrainian resistance and the intensity of the West’s opposition, but it doesn’t mean he is crazy or didn’t consider the possibilities and chose to invade regardless.