The Spanish Meteorological Agency has confessed that Spain is being sprayed with lead dioxide, silver iodide and diatomite. 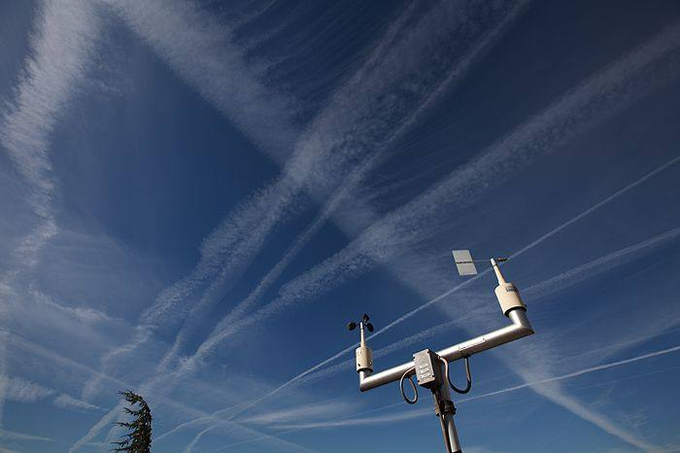 Spain was the first Western government to officially include ‘chemtrail’ in its Official Gazette. The Spanish Ministry of Health authorized the NBC (Nuclear, Biological and Chemical) units of the Armed Forces and also the UME to use biocides from the air. A month after the state of alarm was imposed, the Executive justified in the BOE that this technique is one of the “most effective” against the coronavirus since with “nebulization, thermonebulization and micronebulization techniques, all surfaces are reached with speed”.

The Executive also justified that the aforementioned units “have the personal means, materials, procedures and sufficient training to carry out aerial disinfection, since they are operations that they carry out regularly, with the exception that instead of using biocidal products they do so with other decontaminating chemicals.

On May 19, 2015, MEP Ramon Tremosa i Balcells (ALDE) announced in the European Parliament that four workers from the State Meteorological Agency had confessed that Spain is being sprayed entirely from planes that spread lead dioxide into the atmosphere. , silver iodide and diatomite. The objective, according to the same MEP, would be to keep the rains away and allow temperatures to rise, which creates a summer climate for tourism and, at the same time, helps corporations in the agricultural sector. This, in turn, is producing cold droplets of great intensity.

The Region of Murcia, the Valencian Community and the province of Almería are being the most affected, to the point that not a drop of rainwater falls in more than seven months, catastrophic cold drops are generated, and respiratory diseases to the population by inhaling lead dioxide and other toxic compounds. The San Javier military airport in Murcia would be used for the takeoff of these planes.

Tremosa asked the European Commission to take a position on the matter.

WHAT IS A CHEMTRAIL’?

Chemtrails are chemical trails that can be seen in the sky. Many people have believed that these long-lasting condensation trails left by high-altitude aircraft are actually “chemtrails” consisting of chemical or biological agents sprayed by aircraft for purposes not disclosed to citizens. The purpose of the chemical release could be solar radiation management, weather modification, psychological manipulation, human population control, or biological or chemical warfare. Contrails are also claimed to cause respiratory illnesses and other problems.