The Global Covid Vaccination Campaign Is a Crime Against Humanity 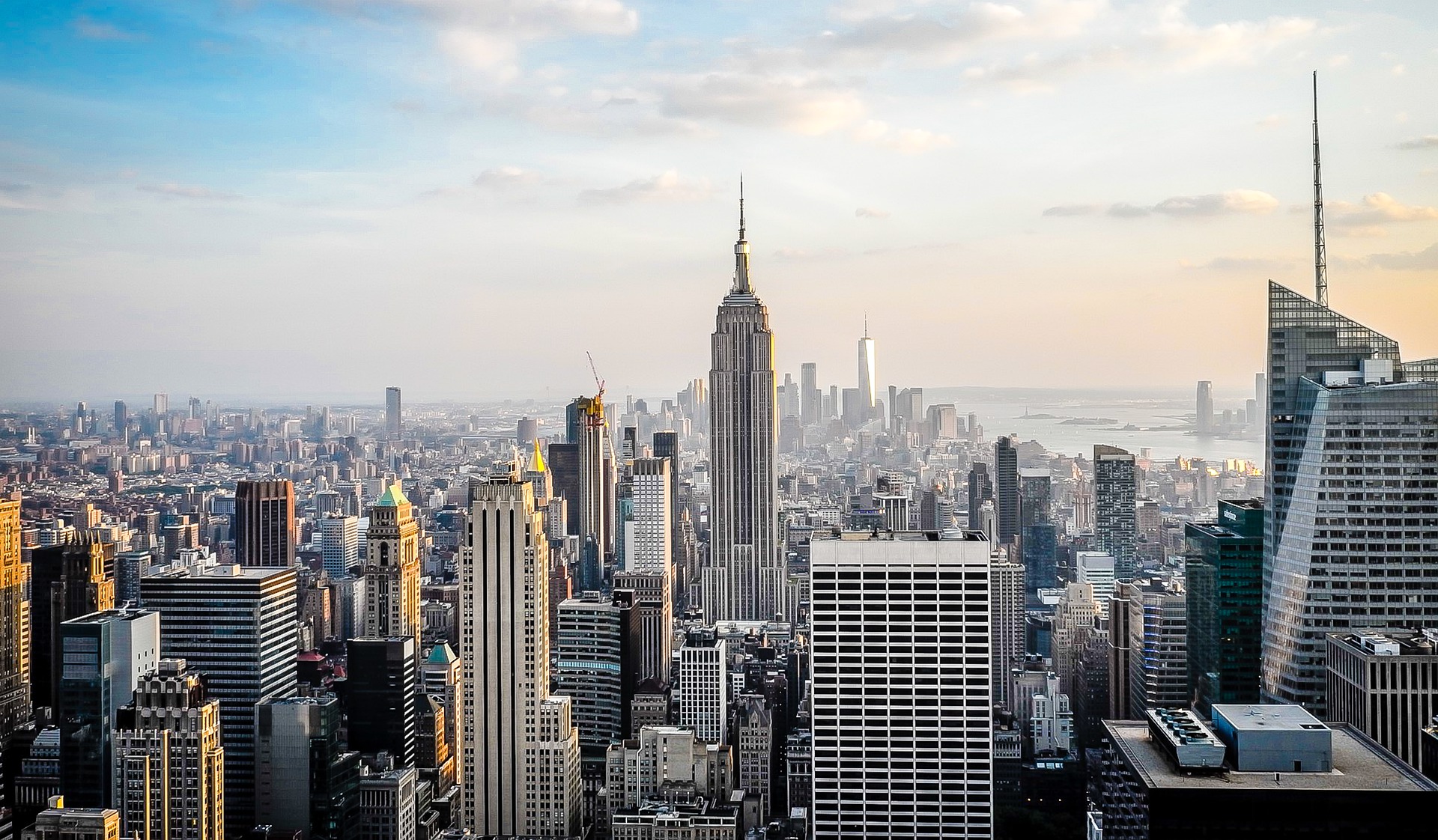 From the closing weeks of 2020 through February 1, 2022, more than sixty percent of the world’s population was injected with Covid-19 vaccines.

This means that in a period of less than fourteen months more than 4.7 billion people received at least one Covid shot. Tens of millions received as many as four doses.

The first clinical trial of Covid vaccines was launched in Germany on April 23, 2020 with the Pfizer–BioNTech vaccine. The first country to authorize the use of the vaccine in the general population was the United Kingdom. The UK issued its authorization on December 2, 2020, and this move was quickly followed by dozens of other nations. The United States issued its emergency use authorization on December 11.

This means that the massive global vaccination campaign – which quickly reached a frenzied pitch – was launched less than 8 months from the start of the clinical trials.

To begin administering a vaccine to the general population within such a short trial period was wholly unprecedented in the annals of modern medicine.

To establish that a vaccine is safe, extensive long-term testing must be carried out. This process involves multi-phase clinical trials and observational studies which include large numbers of subjects over time periods measured in years. This thorough and involved process takes at least five years to complete and usually much longer. According to Johns Hopkins University:

“A typical vaccine development timeline takes 5 to 10 years, and sometimes longer, to assess whether the vaccine is safe and efficacious in clinical trials, complete the regulatory approval processes, and manufacture sufficient quantity of vaccine doses for widespread distribution.”

Only upon satisfactory completion of this involved regimen can a vaccine be considered reasonably safe for mass administration to the general public.

Yet even the completion of this long process does not guarantee that a vaccine is completely safe. After receiving full approval, vaccines continue to be carefully monitored for adverse events in case some vaccinal flaw may have escaped detection during the multi-year trial phase. There have been a number of vaccines that were pulled from the market after they received full approval due to unexpected safety issues. Some of these include vaccines for Rotavirus, Lyme Disease and Whole Cell Pertussis among others.

Therefore, for a vaccine to be justifiably declared “completely safe,” it must undergo at least five years of intensive testing in clinical trials and then several years of monitoring as it is administered in populations at large.

The Covid vaccines, however, were publicly declared to be “completely safe” less than 8 months after the start of human clinical trials. On the normal vaccine trial timeline, month 8 is in Phase 2 of the three-stage clinical trial regime.

The claim that the Covid vaccines were “completely safe,” was, therefore, completely unjustifiable and unsubstantiated. Those who made this claim engaged in a deliberate and unconscionable act of public deception.

And yet this claim was used as the basis for a worldwide campaign in which more than half of Earth’s inhabitants have been injected with experimental pharmaceuticals that did not undergo proper testing.

The phrase “safe and effective” became the de-facto slogan of the planet-wide vaccination enterprise. Believing that the vaccines were “completely safe,” billions of people willingly – and even enthusiastically – lined up to receive their Covid injections.

Needless to say, not everyone was ready to accept the propaganda. Disregarding all reasonable objections, however, many governments decided that universal vaccination was their goal and decided that the unwilling needed to be coerced. This they sought to do through direct vaccines mandates and covid passports or digital certificates. That latter two were designed in such a way as to compel the hesitant to submit to the shots on pain of being excluded from the normal course of societal life.

Government and public health officials justified this drastic approach by repeatedly stating that the vaccines were “completely safe” and effective, and because of this it was okay to force the shots even on those who did not want to take them.

The claim “safe and effective” was thus used as a means of allurement and coercion for the planet-wide Covid vaccination crusade.

We need to pause here and contemplate the enormity of what the vaccinators have “accomplished.” Less than 22 months after the beginning of the clinical trials, they have managed to inject the plurality of mankind with their inadequately tested products. If things were being done properly, right now the vaccine developers would have been gearing for Phase III of clinical trials. This stage normally takes place between months 24 and 48 after the initiation of the trial process. This is how Johns Hopkins University describes what this stage is about:

“Phase III clinical trials are critical to understanding whether vaccines are safe and effective.”

Phase III is where we now find ourselves on the timeline of vaccine development. In the case of the Covid vaccines, however, the testing of Phase III is not being conducted on a selected group of volunteers but on the world’s population.

The billions who have been lured and coerced to participate in this experiment have not been honestly advised of the truth of the situation, i.e., that that the Covid vaccines have not undergone proper trialing and testing and that their safety profile could not be established with any satisfactory level of accuracy. Instead, they were lied to and told that the vaccines were “completely safe.”

It is as astonishing as it is frightening that this wide-scale, lightning-fast vaccination campaign featuring insufficiently tested substances was allowed to be carried despite the fact that the injections contained a new gene transfer mRNA technology that had never been tried before. Because of the presence of this novel technology, these vaccines should have been approached with great caution and tested with maximum thoroughness and vigor. Astonishingly, this did not happen. Quite on the contrary, some of the most rudimentary components of the customary trial routine were casually dispensed with.

Some fourteen months into this global injectioneering operation, it is obvious that the claim of the vaccines being “complete safe” was not only unsubstantiated but outright false.

Shortly after the vaccinating commenced, reports of severe adverse reactions and deaths started pouring it. Please see the chart below which depicts the explosion of death reports to the US government’s VAERS database. This explosion began in late 2020 which was when the vaccinators began administering their COVID products to the public at large.

This is a gruesome count for vaccines that were supposed to be “completely safe.”

Although the vaccinators tried to cover and downplay the devastating side effects of their product, the reality could not be hidden. Myocarditis and pericarditis became a well-documented consequences of the Pfizer and Moderna shots. In December of last year, Astra Zeneca scientists finally admitted something that had been known for many months, i.e., that their vaccine was causing deadly blood clots.

Trying to soften the news as much as they could, this is the headline with which the Mail Online announced this dire fact:

AstraZeneca uncovers what’s triggering blood clots after its jab: Vaccine acts like a magnet and attracts platelets which body mistakes for a threat and attacks

One can get a sense of just how dangerous and deadly these vaccines are from the fact that within twelve months of launching the vaccination campaign more than 1,000 articles and studies appeared in peer-reviewed scientific journals describing various side effects of these pharmaceuticals. Most of the discussed side effects are serious and deadly. They include:

Injecting more than half of all humankind with inadequately tested, dangerous pharmaceuticals based on a never-before-tried technology while claiming that that they are “completely safe” constitutes probably the greatest crime against humanity ever committed.

Never before has any government, an international actor or a transnational cabal undertaken an act that would expose such a big swath of humanity to such serious danger.

This operation was carried out under false pretenses and those who initiated it knew that their claims were unsubstantiated and false.

The question that must be answered is this: How could something like this been allowed to happen?

Untold millions across the world have already suffered severe side effects from these injections in the short-term. And we do not yet know that the medium- or long-term consequences may be, since these vaccines have not been trialed for such time frames.

Please keep mind that the clinical trials for the Covid vaccines began only less than 22 months ago. In such a short period of time it is simply impossible to adequately assess the safety of any vaccine.

The Covid-19 vaccination crusade is a global crime the like of which the world has not yet seen.

Those complicit in this vast crime against humanity are the vaccine manufacturers, the leaders of the regulatory agencies, public health officials and politicians. Also complicit is the media which endlessly amplified the “completely safe” claim which became the mantra under which this enterprise has been carried out.

Those responsible for this must be called to answer for their deeds in legal settings so that their actions can be evaluated and judged in accordance with national and international laws and statutes.