Russia, China, Brazil, India Call for Investigation Into US Biolabs in Ukraine Representing About Half of the World’s Population 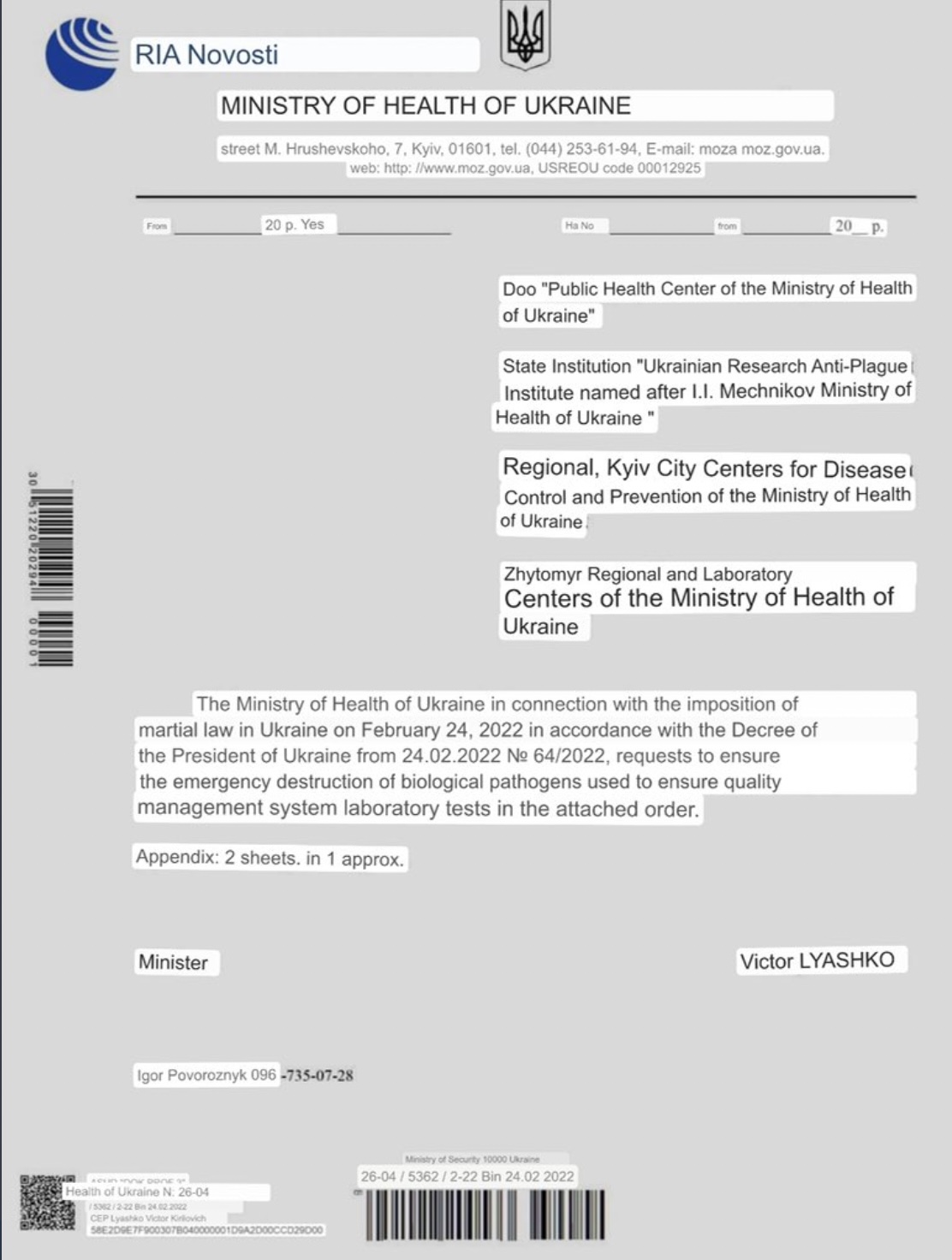 On Sunday, March 6, 2022, Russian news agency Ria Novosti released documents claiming that Ukraine was working on “biological weapons” near the Russian border. Ria Novosti accused the US of instructing Ukraine to destroy the biological agents before the Russian invasion.

According to the document obtained by the news agency, the Ministry of Health in Ukraine ordered the biological pathogens to be destroyed in a February 24 memo.

Why the sudden confusing messaging from the Biden regime? Especially when there are documents that prove the US was funding several of the Biolabs they set up in Ukraine to study potentially dangerous pathogens.

TRENDING: “I Forgive My Son for Working with the FBI to Convict Me” – Exclusive Interview with Convicted January 6th Political Prisoner Guy Reffitt from DC Gitmo! – MUST LISTEN HEARTBREAKING AUDIO!

On Thursday, the Gateway Pundit confirmed that there were biolabs in Ukraine, and Hunter Biden’s firm Rosemont Seneca invested in the firms building these labs.

The World Health Organization (WHO) admitted to Reuters on Thursday that they had advised Ukraine to destroy their high-threat pathogens stored in the country’s health laboratories to prevent the spread of any disease.

Nebenzya accused the US was testing coronavirus in Ukrainian bats.

US Representative to the United Nations Linda Thomas-Greenfield denied allegations on Friday regarding the alleged US-funded biological laboratories in Ukraine.

However, she later added that the United States was working with the research facilities “proudly, clearly, and out in the open.”   This was after the US Embassy scrubbed proof of the Biolabs and US funding from their webpage.

Linda Thomas-Greenfield made a statement during the Security Council Meeting on Russia’s allegations of military biological activities in Ukraine.

Sadly, Ambassador Greenfield’s testimony did not move the other members on the Security Council.

During the hearing Russia, China, India and Brazil called for an investigation into the US-funded Biolabs in Ukraine.

These countries represent about half of the world’s population.

And just think, India and Brazil were close American allies a little over a year ago!

How sad America has fallen in just a little over a year.