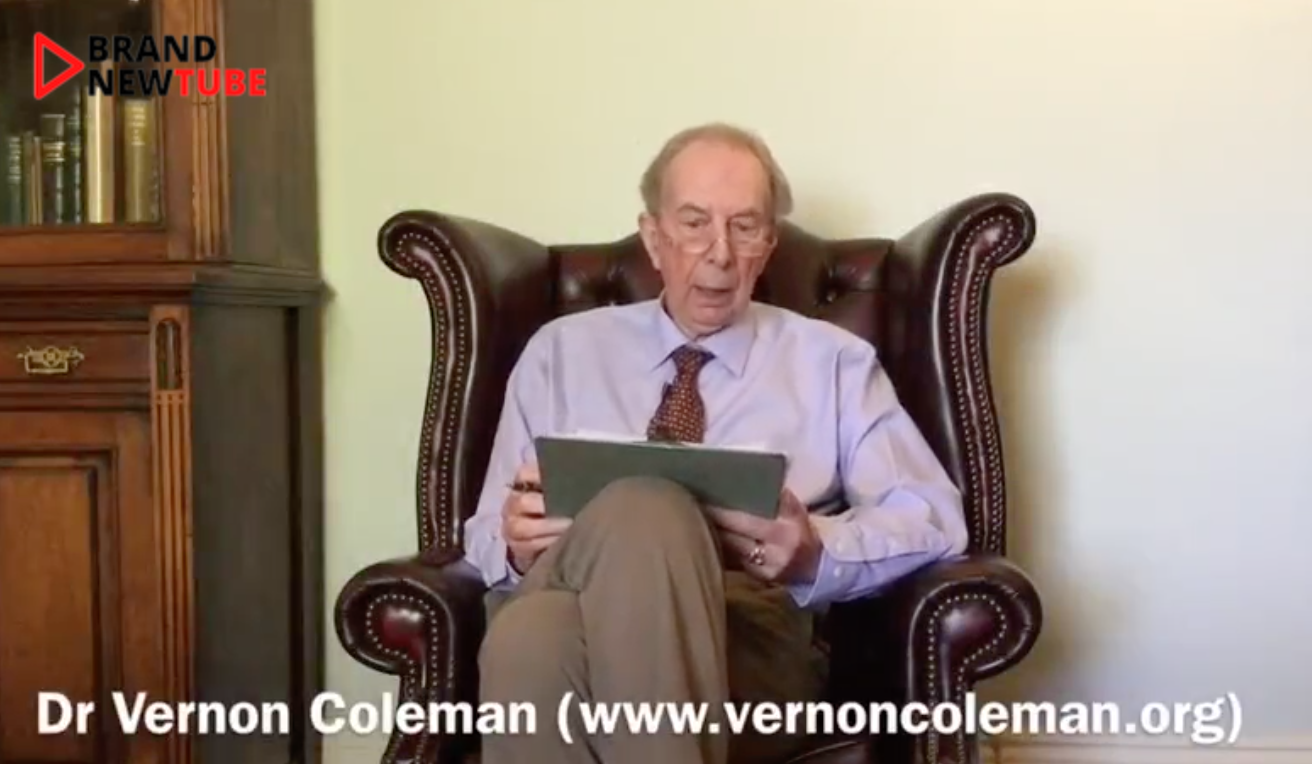 I am tired of the lies and misconceptions that have been spread about covid-19 during the last twelve months. I’ve lost count of the number of ways that politicians and journalists have attempted to mislead the public.

One of the rustiest lies is that the number of people dying in the UK was far greater than normal last year – because of covid-19.

A hospital consultant I spoke to a couple of days ago was insistent that the higher death total proved how deadly covid-19 really is.

He was wrong, of course.

Even if the number of deaths were higher than usual it doesn’t mean that the deaths were caused by the coronavirus. Many were a result of the lockdowns and the number dying of untreated cancer, heart disease and so on.

But doctors and journalists seem to want to believe the lies because they are more digestible than the truth.

So let’s take a hard look at official statistics which prove that the whole covid-19 pandemic is a hoax.

And that isn’t out of the ordinary.

For example, twenty years ago, in the year 2000, the crude mortality rate per 100,000 was 1031.60. The mortality rates vary from year to year and I believe they will soar in the next few years because of the closure of hospital departments and the fact that 4.7 million Britons are on waiting lists and many of those will wait more than a year for treatment.

But, the evidence shows not only that the death rate in 2020 was not exceptional, but that the number of deaths from covid-19 was much the same as the death rates from the flu. The Government’s own figures also show that NHS hospitals have not been hectic, overcrowded or busier than ever. Indeed, the figures show that hospitals have been quieter than usual. I’ve quoted all these figures many times. The staff had plenty of time to make jolly little dance videos.

I have, since March 2020, been pointing out that the Government was officially advised that the coronavirus was no more deadly than the flu. The link to the official proof of that can be found here.

The fact checkers can’t argue with that.

Since the start of this hoax I have been saying that covid-19 is just the annual flu rebranded and better marketed.

The UK Government’s own figures prove that this is true. And I suspect that the figures around the world show the same story. Doctors everywhere have been falsifying death certificates – sometimes because they or their hospital receives a bonus for listing deaths as being caused by covid 19 rather than cancer or circulatory problems. I showed nine months ago that in the USA, the CDC has recognised that most of the deaths listed as being caused by covid-19 were in fact caused by something else.

But let me now prove to you that covid-19 is, in statistical terms, no more deadly than the annual flu. (And, incidentally, patients who have had the flu can suffer problems for months afterwards – it’s just that no one ever called it `long flu’.)

The current alleged total number of deaths from covid-19 in the UK is allegedly 127,000.

Everyone with brain tissue knows that this figure is absurdly high.

But I can prove that the death total is no more than might be expected with the flu – by using the Government’s own figures.

That works out at 63,500. If the BBC fact checkers use a calculator they will eventually be able to obtain the same figure.

Now, a couple of days ago, the Office for National Statistics produced figures showing that 23% of registered coronavirus deaths were of people who died with and not of the coronavirus. I reckon that 23% is woefully low but it’s the Government figure so let’s use that for the moment.

So there we are.

The total number of alleged covid-19 deaths per year, per season, is a maximum of 48,895 – according to the Government’s own figures.

Now that’s a tragedy, of course.

That’s their total, not mine. The Daily Mail reported that the 50,100 deaths were blamed on deadly strains of flu that spread between December and March.

You will note that flu deaths are usually measured over a flu season – the winter months. The spring and summer deaths don’t get included.

We have to remember, of course, that there have been virtually no official flu deaths. Flu seems to have mysteriously disappeared in the time period that covid-19 has existed.

So now we have the proof that the covid-19 hoax is a hoax. A fraud. A deception. A cheat. A swindle.

The masks, the lockdowns, the social distancing and the experimental jabs were all unnecessary.

Those are official government figures.

The fact checkers can huff and puff all day long but they won’t find a calculator that makes 48,895 bigger than 50,100.

Oh, and one final thing.

The Government’s death figures rely largely on the positive results obtained through covid-19 tests. If someone dies within 60 or 28 days of a positive test for covid-19 then, according to the Government, they died of covid-19.

Once again I’ve been arguing for what seems like decades that the figures are absurdly high because they include many false positives.

And last week The Guardian confirmed that senior government officials in the UK estimate that as few as 2 to 10% of positive results may be accurate.

So, there you have it.

The final, irrefutable proof that the covid-19 pandemic never existed.

It was a hoax. The new flu existed. The virus was there. But there was never a pandemic.

And the problem for the fact checkers around the world is that all the facts I’ve quoted come from the UK Government.