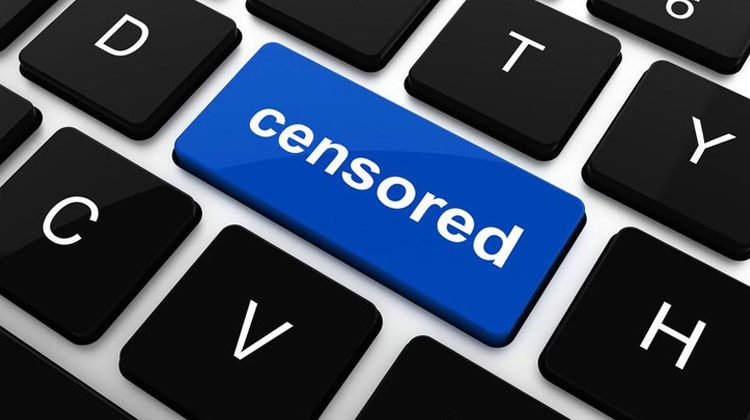 As the globalists push anti-Russian propaganda that would make Colin Powell blush and attempt to goad Westerners into accepting the rationale for World War 3, foreign news services are getting nuked from the internet.

Russia Today has also been regularly attacked by hackers throughout the Russia/Ukraine conflict. This is happening as Western news outlets create fake news at a breakneck speed in order to lionize the Ukrainian puppet government that was installed by color revolution coup in 2014.https://platform.twitter.com/embed/Tweet.html?creatorScreenName=bigleaguepol&dnt=true&embedId=twitter-widget-0&features=eyJ0ZndfZXhwZXJpbWVudHNfY29va2llX2V4cGlyYXRpb24iOnsiYnVja2V0IjoxMjA5NjAwLCJ2ZXJzaW9uIjpudWxsfSwidGZ3X2hvcml6b25fdHdlZXRfZW1iZWRfOTU1NSI6eyJidWNrZXQiOiJodGUiLCJ2ZXJzaW9uIjpudWxsfSwidGZ3X3NrZWxldG9uX2xvYWRpbmdfMTMzOTgiOnsiYnVja2V0IjoiY3RhIiwidmVyc2lvbiI6bnVsbH0sInRmd19zcGFjZV9jYXJkIjp7ImJ1Y2tldCI6Im9mZiIsInZlcnNpb24iOm51bGx9fQ%3D%3D&frame=false&hideCard=false&hideThread=false&id=1497706310984474632&lang=en&origin=https%3A%2F%2Fbigleaguepolitics.com%2Fglobalists-shut-down-foreign-news-services-to-control-information-on-the-road-to-world-war-3%2F&sessionId=f83736ddd5e5dca0074efa6fb89a93da77081760&siteScreenName=bigleaguepol&theme=light&widgetsVersion=2582c61%3A1645036219416&width=550px

Big League Politics has reported on how globalist money is being dumped into Ukraine, whose potential expansion into NATO has been a point of major contention for Russia:

“Not too long after the globalist-backed color revolution coup installed a new regime in Ukraine, the government brought on Rothschild as an advisor to strengthen their ties with the international financial system.

Ukraine brought Rothschild on board to their finance ministry in 2017 at the same time they had Citi, Goldman Sachs and JPMorgan handle their bonds. It is said Rothschild was hired to “manage medium-term debt liabilities.”

After the coup took place, Ukraine was immediately put on the dole of the International Monetary Fund (IMF). They took $8.4 billion from the IMF in 2014, supposedly to help their economy recover from a recession, but in all likelihood, it was actually a globalist payout to the new coup government for a job well done.

Amidst the Ukraine/Russia conflict, the IMF and their partners at the World Bank are once again papering over the Ukraine coup government with major cash. They are preparing a $3 billion aid package to Ukraine to keep their government propped up as NATO expansion becomes more of a possibility.

“At the World Bank Group, we are preparing a $3 billion package of support in the coming months, starting with a fast-disbursing budget support operation for at least $350 million that will be submitted to the Board for approval this week, followed by $200 million in fast-disbursing support for health and education,” the globalist institutions announced.

“This package will include the mobilization of financing from several development partners, and we welcome the already-announced support from many bilateral partners,” they added.

An additional $2.2 billion may be on the way to the Ukrainian coup government in the near future from the IMF as well.

“At the IMF, we are responding to Ukraine’s request for emergency financing through the Rapid Financing Instrument, which our Board could consider as early as next week,” they stated.

“In addition, we continue to work on Ukraine’s Stand-By Arrangement program, under which an additional $2.2 billion is available between now and the end of June,” the IMF said.”

The globalist war propaganda is being taken to a new level and banning alternative sources of information is how they intend to indoctrinate minds into accepting their psychotic agenda.