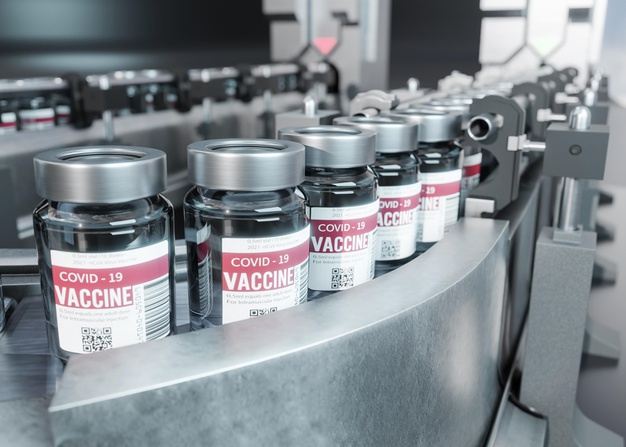 Nobel Prize winner French Virologist Prof. Luc Montagnier in an interview has made a starting claim that the COVID-19 vaccines itself are creating variants. He said that epidemiologists know but are “silent” about the phenomenon, known as “Antibody-Dependent Enhancement” (ADE).

While it is understood that viruses mutate, causing variants, Luc Montagnier contends that “it is the vaccination that is creating the variants.”

The 2008 Nobel Laureate made the explosive comments as part of a larger interview (watch below) with Pierre Barnérias of the French Hold-Up Media earlier this month.

The relevant part of the interview was translated by RAIR Foundation USA.

A group of Indian scientists discovered that coronavirus was engineered with AIDS like insertions. The study concluded that it was unlikely for a virus to have acquired such unique insertions naturally in a short duration of time.

Readers of GreatGameIndia would remember how after we published the results of the study, it attracted heavy criticism from social media experts to an extent that even the authors were forced to retract their paper. The Nobel laureate’s confirmation finally put all such amateur criticism to rest.

It was in this context that the Batwoman of China, Shi Zhengli said, “I advice those who believe… academic analysis of Indian scholars, to shut their stinking mouths”.

Last year, in a major study a group of researchers warned in the The Lancet medical journal that COVID-19 vaccines currently in development could increase the risk of acquiring HIV, potentially leading to an increase in infections.

How Vaccines Are Creating Variants

The prominent virologist explained that “there are antibodies, created by the vaccine,” forcing the virus to “find another solution” or die. This is where the variants are created. It is the variants that “are a production and result from the vaccination.”

Prof. Montagnier said that epidemiologists know but are “silent” about the phenomenon, known as “Antibody-Dependent Enhancement” (ADE).

Prof. Montagnier explained that the trend is happening in “each country” where “the curve of vaccination is followed by the curve of deaths.”

We observed the same in India as well. India saw nearly 750% increase in COVID-19 cases in less than a month. Was this spike logical? Did the mass vaccination drive in the metro cities cause the second COVID-19 wave in India? Or is there something else?

Results of a study published in the International Journal of Clinical Practuce found that there is enough literature available to determine that COVID-19 vaccines increases the risk of more severe diseases and that recipients should be made aware of all the risks before being vaccinated.

The scientists concluded that vaccines may worsen COVID-19 disease via antibody-dependent enhancement (ADE) and that the risks are kept secret in clinical trial protocols and consent forms.

The Nobel Laureate’s point is emphasized by information revealed in an open letter from a long list of medical doctors to the European Medicines Agency. The letter stated in part that “there have been numerous media reports from around the world of care homes being struck by COVID-19 within days of vaccination of residents.”

Prof. Luc Montagnier continued to say that he is doing his own experiments with those who become infected with the coronavirus after getting the vaccine. “I will show you that they are creating the variants that are resistant to the vaccine,” he said.