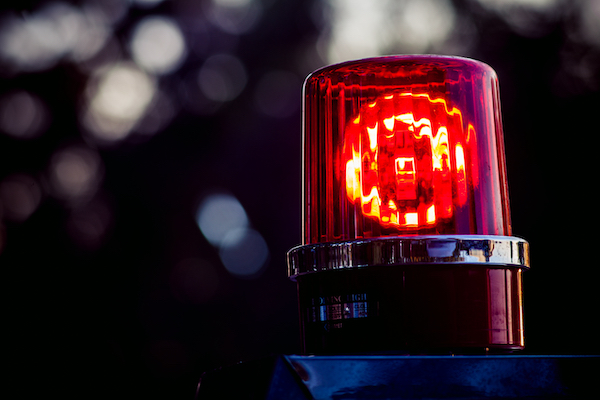 International Man: Historically, when a crisis takes shape, politicians declare a “state of emergency,” which allows government to take action in ways it’s normally not allowed to.

This tactic has been used over and over again to justify all sorts of government action, removal of individual rights, and more.

What’s your take on this? Does it prove that constitutional rights are just imaginary and can be arbitrarily taken away at any moment?

For instance, the Second Amendment of the Constitution has to do with the right to keep and bear arms. Throughout history, one of the things that distinguished a free man from a slave was the fact that a free man didn’t need permission to bear arms. If he couldn’t bear arms, it was because he was a slave. It was one of the major distinctions between a free man and a slave.

The Bill of Rights is an excellent document, but it’s hard to rely on for moral guidance simply because the Constitution is a dead letter as a practical matter. It no longer means what it says or says what it means. The Constitution has been interpreted out of existence.

We shouldn’t be dependent upon political laws at all, simply because they blow with the political winds. The US Constitution has had a good run as a philosophical, political statement. In fact, it’s the best that’s ever been put into real-world effect. But the hoi polloi view it as an obsolete product of old, dead, white men—the patriarchy. White men and their artifacts, like Western Civilization itself, are now held in contempt by large sections of society.

Every country in the modern world now has its own Constitution. A lot of them guarantee things that are economically impossible, like the right to medical care, food, housing, and the right to education. However, these aren’t rights at all because they have to be provided at somebody else’s expense. And you don’t have a right to things that somebody else must be coerced to provide for you. Constitutions shouldn’t guarantee the proceeds of theft.

To keep it simple, the only right you really have is to be left alone, which doesn’t cost anybody else anything. The entire subject of constitutional rights has become confused and corrupt.

International Man: For example, after 9/11, the US government declared a state of emergency that over 20 years later is still in place. We are still required to take our shoes off at the airport.

Will we see the same thing with Covid?

Doug Casey: The answer is yes. Governments on the road to totalitarianism love emergencies. The US may not implement a “vaccine passport” this time around, but the concept has been planted and widely accepted. It will be easy to implement and enforce with the next medical hysteria—Covid 2.0, Ebola, AIDS 2.0, or what-have-you. And it will become as immovable as Mount Rushmore, like the TSA. The TSA will never be abolished. It’s now a permanent fixture in the governmental firmament with its 70,000 useless and worthless employees degrading travelers.

Checking the safety profile of passengers should have been left entirely up to the individual airlines. But no. Instead, they set up another permanent bureaucracy. The TSA is a perfect template of how power gained is never relinquished voluntarily. As far as vax passports and tests are concerned, they’ll smooth off the really rough edges to let people feel like they’ve won one. It’s wise to grant the serfs a privilege from time to time.

International Man: These “temporary” states of emergency tend to be under the guise of necessity, in which extenuating circumstances require the State to expand its power.

How do these become permanent fixtures without question from the public?

Doug Casey: The process has become known as “gaslighting.” It’s actually a form of psychological warfare wherein you cause the adversary to doubt his own sanity or even reality itself. You tell somebody that something exists when it doesn’t exist. Or tell him something doesn’t exist when it clearly does. After a while, people start to believe what they’re told, especially if everyone else seems to believe it. It’s the idea of the Big Lie. “Don’t believe your own eyes. Believe me.”

In today’s world, things have devolved to a state where people hear something authoritative-sounding from the mass media or the government—which amounts to the same thing—people will believe it. They all start talking about it as if it was reality, even though they have zero objective proof that they can verify themselves. Because they’ve been told it was true, and “everybody” seems to believe it, fiction becomes a fact.

When looking at popular memes, the first thing you should do is question authority. Don’t automatically believe anything until you can verify it yourself. However, nobody does that because if you’re skeptical in public, you’re likely to be labeled a conspiracy theorist and duly ostracized.

There’s something strange in the air, similar to what happened in many places in the 1690s, but most famously in Salem, MA, with its infamous witch trials. The same thing happened in Germany in the 1930s and ’40s and China in the 1960s with the Great Cultural Revolution. The Covid hysteria has evolved into mass insanity among large groups of people. Hopefully, it’s now about to burn out, though.

International Man: For the first time in Canada’s history, Prime Minister Justin Trudeau enacted an “Emergencies Act” to clamp down on the truckers protest, which has grown in popularity in the nation’s capital and at border crossings.

Trudeau said it was necessary to invoke these “temporary measures” during this time.

What’s your take on the unprecedented move to suspend basic civil liberties?

Doug Casey: It’s been said that there’s nothing more permanent than a temporary government action. Based on that, I expect the worst. Trudeau is clearly a criminal personality. He likes power, and he is making the most of it, as all politicians do.

It’s the same all over the world, including the US. The types drawn to politics are almost inevitably sociopaths who like to boss other people. Politics itself is poisonous and brings out the worst in humans. But humanity has been gaslighted throughout history into believing politics are noble and necessary.

The average voter is gullible and trusting. He really wants a father figure to kiss the world and make it better. Combine that with a politician’s love of power, and there’s every reason to be pessimistic. Remember that before World War 1, gold was used as money, there were very few taxes, very little debt, and governments were a relatively minor nuisance. Now we’re on the verge of an international police state; at the same time, the financial, economic, political, and social situation almost everywhere is ticking like a time bomb. As a result, it’s reasonable to expect a real catastrophe.

International Man: What do you think the next phase of this trend toward greater government control through emergency powers will be? Could it happen in the US?

Doug Casey: Germany went from being the most educated, civilized, and cultured country in the world to one where everybody was goose-stepping in a matter of a couple of years. The same thing can happen anywhere.

It could very easily happen in the US, which may be close to a real civil war between the Red people, who tend to be rural and produce real things, and the Blue people, who are largely urban, and either shuffle paper or collect welfare. What could act as a catalyst to set off a conflagration?

There are several—let’s call them Gray Swans—circling the landscape. They’re not Nassim Taleb’s famous Black Swans; those are what one famous political criminal called “unknown unknowns”—events that are totally unanticipated. Gray Swans are more like “known unknowns.” These include things like COVID 2.0, global warming/climate change, digital currency, and a social credit system. We know they exist but aren’t sure how bad they are. The problem is that these Grey Swans are the size of Rodan, the mutant pteranodon.

COVID 2.0, with passports and mandates, is probably on the runway. Again, who knows exactly what form it’ll take. But the population has been so indoctrinated to value “safety first” they’re so distant from actual production, and they’re so reliant on bureaucracy to structure the world that I’m confident most Americans will robotically do as they’re told.

Climate change is certainly another Gray Swan, but it’s not only government that’s the danger here. Major corporations have a huge amount of power and are totally hooked up with the government. There’s a revolving door for the nomenklatura employed by government, corporations, academia, and foundations. They all promote the same Orwellian GoodThink. They all promote the meme that “everybody” believes in GoodThink.

Let’s hope that the Canadian truckers at least lit a fuse to turn things around and that the coming convoy to DC by US truckers is a huge success. But throughout history, peasants’ revolts have rarely succeeded. 95% of them are quashed and never heard from again. They’re not often described in the history books because the powers are loathed to memorialize things that may give future serfs unwelcome ideas.

Editor’s Note: It’s clear there are some ominous social, political, cultural, and economic trends playing out right now. Many of which seem to point to an unfortunate decline of the West.

That’s precisely why legendary speculator Doug Casey and his team just released this free report, which shows you exactly what’s happening and what you can do about it. Click here to download it now.