Deep State On The Run. 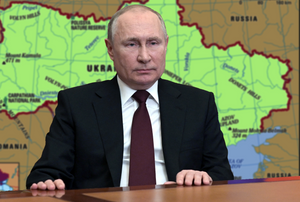 Late yesterday the two separate provinces in Ukraine were recognised by Putin as part of Russia.

It is now legitimate for Russia to roll tanks into the two areas because their leaders have asked Russia to protect them.

Under this cover the deep state are on the run as their territory shrinks before their eyes.