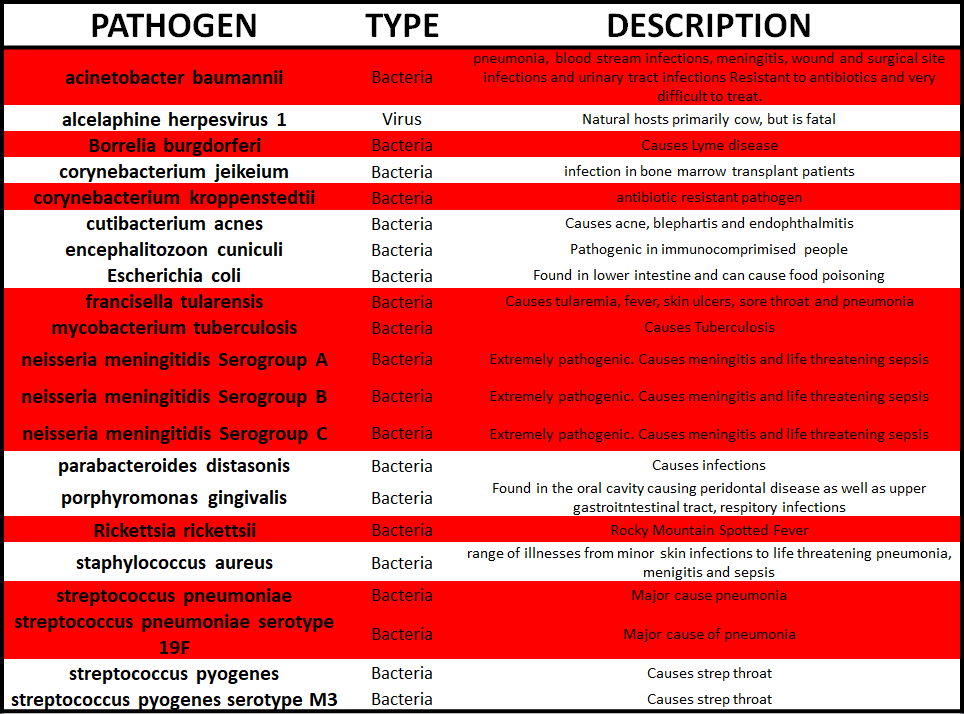 A group of parents in Gainesville, FL, sent 6 face masks to a lab at the University of Florida, requesting an analysis of contaminants found on the masks after they had been worn. The resulting report found that five masks were contaminated with bacteria, parasites, and fungi, including three with dangerous pathogenic and pneumonia-causing bacteria. Although the test is capable of detecting viruses, including SARS-CoV-2, only one virus was found on one mask (alcelaphine herpesvirus 1).

The analysis detected the following 11 dangerous pathogens on the masks:

The face masks studied were new or freshly-laundered before wearing and had been worn for 5 to 8 hours, most during in-person schooling by children aged 6 through 11. One was worn by an adult. A t-shirt worn by one of the children to school and unworn masks were tested as controls. No pathogens were found on the controls; samples from the front top and bottom of the t-shirt found proteins that are commonly found in skin and hair, along with some commonly found in soil.

A parent who participated in the study, Ms. Amanda Donoho, commented that this small sample points to a need for more research: “We need to know what we are putting on the faces of our children each day. Masks provide a warm, moist environment for bacteria to grow.”

The parents contracted with the lab because they were concerned about the potential of contaminants on masks that their children were forced to wear all day at school, taking them on and off, setting them on various surfaces, wearing them in the bathroom, etc. This prompted them to send the masks to the University of Florida’s Mass Spectrometry Research and Education Center for analysis.