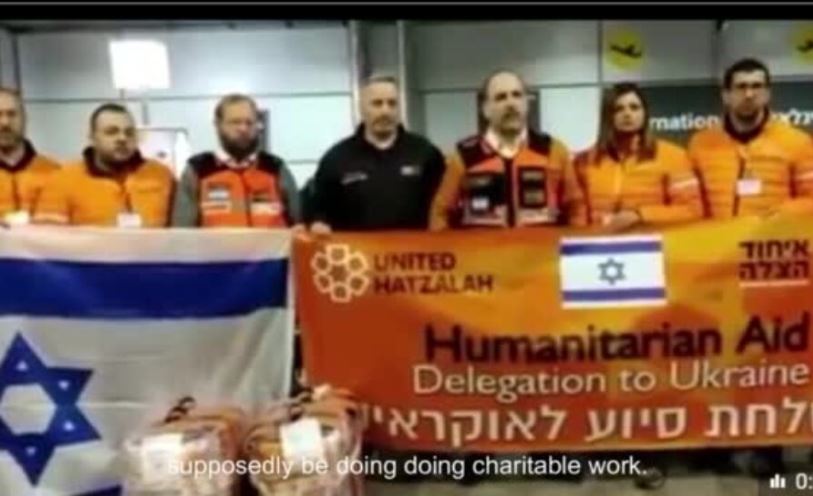 Questions are circling over whether the Ukrainian Red Cross Society has been engaged in what reports have referred to as “shady activities” that suggest the harvesting of children’s organs.

In a report from Sputnik News in late May, the Investigative Committee of the Russian Federation announced their intention to study video footage from the Red Cross base in Mariupol, Ukraine, where medical files containing references to children with “healthy organs” were discovered.

A statement from the investigative committee read, “Investigators of the Investigative Committee of Russia, within the framework of the criminal cases already being investigated in the department about the crimes of the Kiev regime, will study the specified information and give it a criminal legal assessment.”

Apparently, Vladimir Taranenko, who leads the Donetsk-based “Peoples Retinue,” which consists of volunteers who purportedly have a goal of assisting law enforcement in the Donetsk People’s Republic, is the original source of the claim that suggested the Red Cross was engaged in some suspicious activity.

Taranenko had posted a video of what he asserted was a search of the Red Cross office in Mariupol on social media where these suspicious materials mentioning children with “healthy organs” were found, as well as documents mentioning “how to use weapons, including in a format intended for children.”

According to the Strategic Culture Foundation, which Wikipedia describes as “a Russian think tank…regarded as an arm of Russian state interests by the United States government,” a June 8th report from the entity dubbed “Ukraine – black market of transplantology” went into the recent allegations against the Red Cross while referencing some of the respective region’s history regarding said activities.

Learn How To Protect Your Life Savings From Inflation and An Irresponsible Government, With Gold and Silver

“While there is no official conclusion, experts, and just not indifferent people, express their versions and offer to recall the events of the recent past. So, a historian and political scientist, Anton Bredikhin, recalled that the territory of Donbass controlled by Kiev was until recently a link in the chain that closed in Kosovo.

“And in the ‘chain’ they are engaged in trafficking in human organs. Therefore, Bredikhin does not exclude that in Mariupol ‘appropriate measures could be taken and children could be prepared for further removal of their organs.’ Of course, with the preliminary murder of the ‘donor.’”

WHAT CONCERNS YOU MORE? INFLATION OR THE JANUARY 6TH TELEVISION HEARING?January 6InflationEMAIL ADDRESS (REQUIRED)By completing the poll, you agree to receive emails from Red Voice Media, occasional offers from our partners and that you’ve read and agree to our privacy policy and legal statement.RESULTSVOTE

The Strategic Culture Foundation report continued from there, mentioning that “in 2018, when on May 17, the Verkhovna Rada adopted Law No. 2427-VIII ‘On the use of transplantation of human anatomical materials’. Even then, it was said that Ukraine was being turned into a black market for transplantology, but Ukraine jumped around and didn’t notice anything.”

In a “fact check” featured in Polygraph, it was alleged that these claims of potential organ harvesting in Ukraine are “misleading,” asserting that the discovered “records cited as evidence, even if authentic, could well be kept for legitimate reasons,” while also featuring claims from the International Committee of the Red Cross that such accusations were untrue.