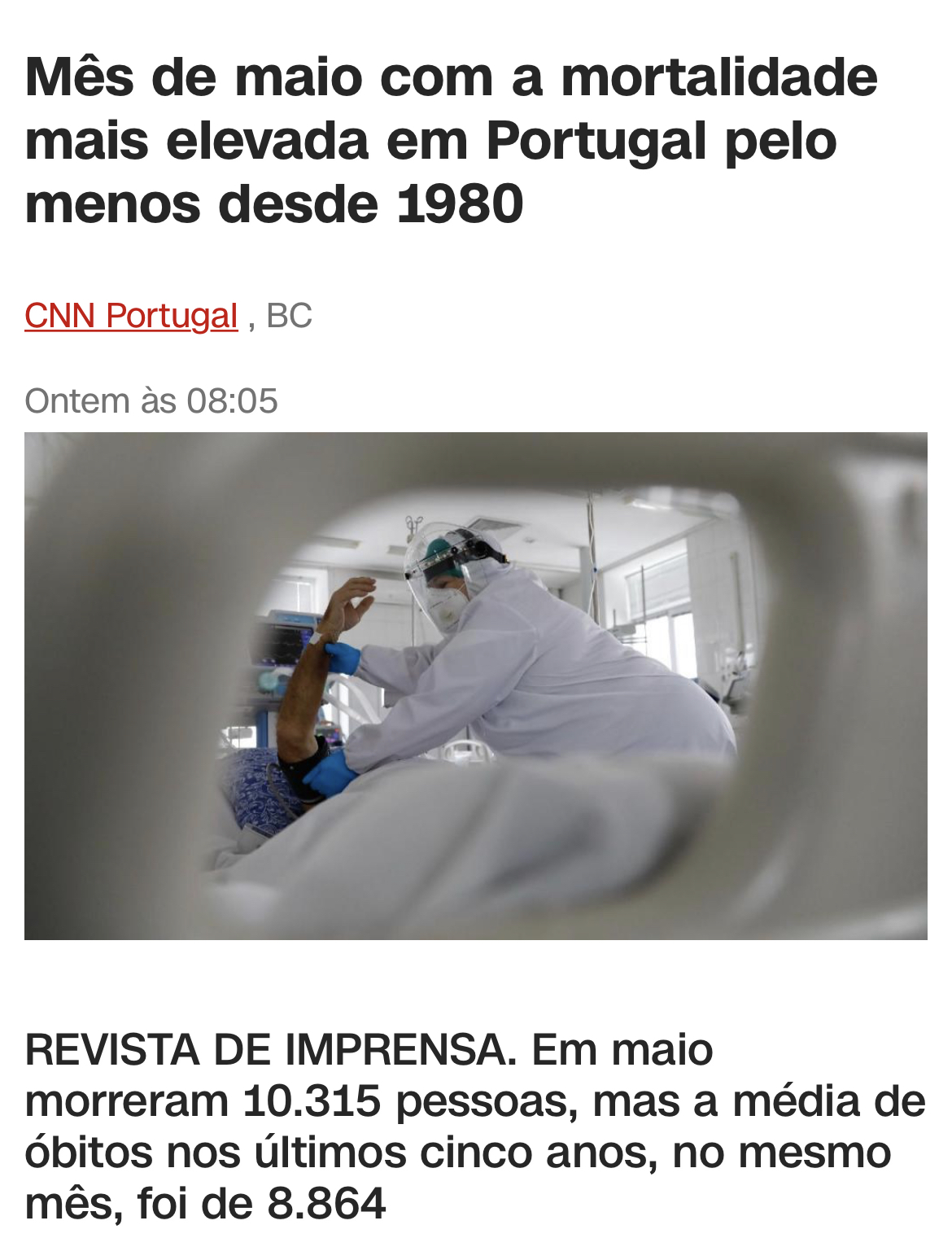 Only months after suffering a huge and unexplained increase in their death rates in the fall of 2021, many Western European countries are seeing a new spike.

The increase includes some Covid deaths but is not limited to them. Several countries now have death rates more than 15 percent above normal, an extremely unusual event – especially since demographers expected death rates to fall as Covid eased.

The spike last fall came a few months after near-universal Covid vaccinations. This spring’s rise comes on the heels of third-shot “booster” mRNA jabs that were far more common in Europe than the United States.

Notably, while last fall’s increase encompassed adults of all ages, this one is taking place mostly in the elderly, who were the focus of the booster campaign.

The excess deaths are occurring in countries that currently have large waves of Covid, like Portugal, and in those that do not, like England.

England and Wales have had 45,950 deaths in the most recent four weeks (through May 20), compared to the five-year average of 39,716, according to Britain’s Office of National Statistics. That’s more than 6,000 extra deaths, a 16 percent increase.

Britain, – which vaccinated its citizens early and aggressively with both the mRNA and DNA/AAV Covid jabs, also had a huge increase in deaths during the late summer and fall of 2021. Deaths then actually returned to normal in early 2022 despite a large Covid wave across Britain. Now the Covid wave has eased but all-cause mortality is spiking.

Portugal just reported 10,315 deaths last month, the highest total for May in 40 years and 16.3 percent above its five year average.

Some of the Portuguese increase comes from a major recent spike in Covid deaths; Portugal is now seeing the equivalent of around 1,200 Covid deaths a day in the United States. But even factoring those out, deaths in Portugal are higher than normal.

The Dutch break out deaths by nursing home and non-nursing residents – and their figures show that deaths in nursing home residents were about 25 percent above normal in April, a huge increase.

Detailed data on the causes of death are not yet available, so exactly what is driving these increases is not yet clear. Linking individual deaths to mRNA jabs that took place months earlier would be extremely complicated even if health authorities and physicians were inclined to do so – and they are not.

But in medical terms, these countries have now been “challenged,” “dechallenged,” and “rechallenged” with these mRNA vaccines. They have started, stopped, and restarted using them. And the broad pattern of excess deaths over the last year could not be clearer – mass Covid vaccination campaigns begin, and months later all-cause mortality follows.