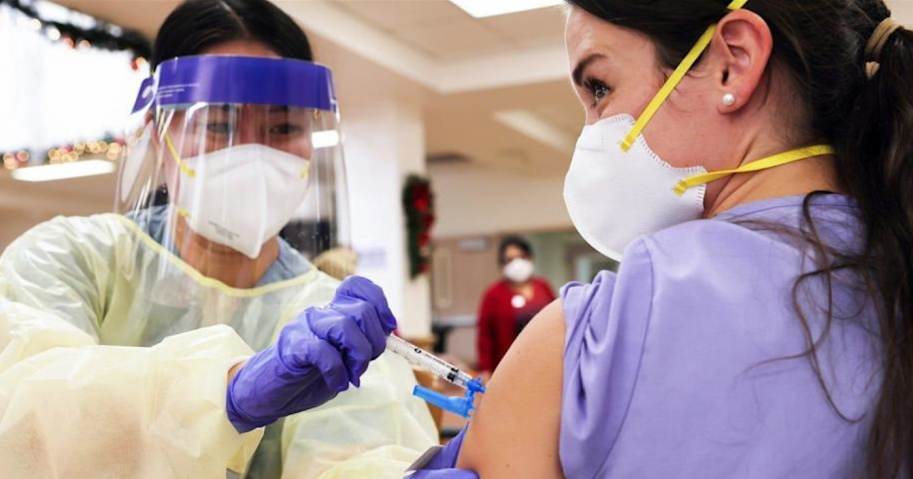 Two new clinical studies – one peer-reviewed by researchers in Turkey, and one pre-print by researchers in France – have begun to establish an alarming link between an incurable, degenerative brain disease called Creutzfeldt-Jakob disease (CJD) and the experimental Covid-19 vaccine.

CJD is a “rare” disease that is caused by abnormal infectious proteins in the brain called “prions,” according to NHS. Although the presence of prions is not necessarily dangerous or deadly, the proteins will cause degenerative brain damage if they become diseased or misfolded. Once this process begins, the malfunctioning prions will continue to corrupt other cells, leading to a prognosis that is always fatal.

As of right now, CJD is uncurable. There are zero treatment options available. The diagnosis is essentially a death sentence, but symptoms are traditionally dormant for several years before manifesting into a deadly complication.

Unfortunately, with the new cases of CJD that have been linked to the vaccine, that doesn’t seem to be the case. The disease is progressing at an alarming and unprecedented rate. So much so that the team of French researchers highlighted their concerns of the experimental mRNA vaccines contributing directly to creating a new, more aggressive type of CJD.

TRENDING: Exclusive: “THE TRUTH ABOUT JANUARY 6th” Documentary Premieres Today on The Gateway Pundit! Narrated by Political Prisoner Jake Lang from Inside Solitary Confinement! MUST WATCH!

According to the French study, a total of 26 cases of vaccine-linked CJD were included in the research.

At the time of the study’s publication, a whopping 20 out of the 26 CJD patients had already passed away from the disease. Additionally, researchers found that there were “more than 50 cases” of the fatal disease that appeared after taking the experimental vaccines.

Despite traditionally taking as much as a decade to manifest with symptoms, the study found symptoms in these new cases began appearing just 11.38 days post-vaccination. In these cases, the disease is killing the affected individuals in under 5 months’ time (4.76 months).

From the French pre-print:

“…we are analyzing the concomitance of cases, which occurred in various European countries, between the first doses of Pfizer or Moderna mRNA vaccine and the sudden and rapid onset of the first symptoms of Creutzfeldt-Jakob disease, which usually requires several years before observing its first symptoms…

…We subsequently recall the usual history of this dreadfull subacute disease, and compare it with this new, extremely acute, prion disease, following closely vaccinations. In a few weeks, more 50 cases of almost spontaneous emergence of Creutzfeldt-Jakob disease have appeared in France and Europe very soon after the injection of the first or second dose of Pfizer, Moderna or AstraZeneka vaccines.”

Researchers were also able to identify the probable cause of the sudden-onset CJD post-vaccination. When the vaccines were first synthesized, the genetic makeup was based on the original strain of the virus that came out of the Wuhan Institute of Virology – which had a prion region on its spike protein.

This spike protein and prion region in the experimental mRNA has been shown to interact with human cells and is the likely culprit for the more aggressive version of CJD, according to the French pre-print.

From The Epoch Times:

“…when the Wuhan variant’s spike protein gene information was made into a vaccine as part of the mRNA and adenovirus vaccines, the prion region was also incorporated.

As part of the natural cellular process, once the mRNA is incorporated into the cells, the cell will turn the mRNA instructions into a COVID-19 spike protein, tricking the cells into believing that it has been infected so that they create an immunological memory against a component of the virus…

…A U.S. study has speculated that a misfolded spike protein could in turn create a misfolded prion region that may be able to interact with healthy prions to cause damage, leading to CJD disease.”

Published just before the French study, the peer-reviewed paper out of Turkey also identified sudden CJD cases appearing after getting any of the experimental Pfizer, Moderna, and AstraZeneca vaccines. However, instead of taking over 11 days on average for symptoms to appear, the researchers found the disease is showing up 10x quicker – a single day after vaccination.

From the peer-reviewed study:

…Creutzfeldt–Jakob disease, a spongiform encephalopathy caused by prions, is characterized by a severe neurological destruction, which has an extremely high mortality. In this publication, we presented a patient who was admitted to the Pamukkale University Anesthesiology Intensive Care Units with the neurological findings that developed after the COVID-19 vaccine (CoronaVac, Sinovac Life Sciences, Beijing, China). The patient died due to the progressive neurological disorders…

…The onset of acute neurological symptoms after Covid19 vaccination suggested that there might be an adverse effect related to the vaccine. Suppression of immunity after vaccination may have accelerated the emergence of prion disease or the onset of the disease may be coincidental. In order for CJD diagnosis to be associated with the vaccine, the cause-effect relationship between them must be revealed. Therefore, further studies are needed in this area.”

In the end, researchers (rightfully) called for more research to be conducted into this issue – Well that’s exactly what the team of French researchers did, and according to one of the main authors of that study – Dr. Jean-Claude Perez – the new findings confirm the worst – there is a new, more aggressive form of CJD.