The Globalists’ Race Against Time 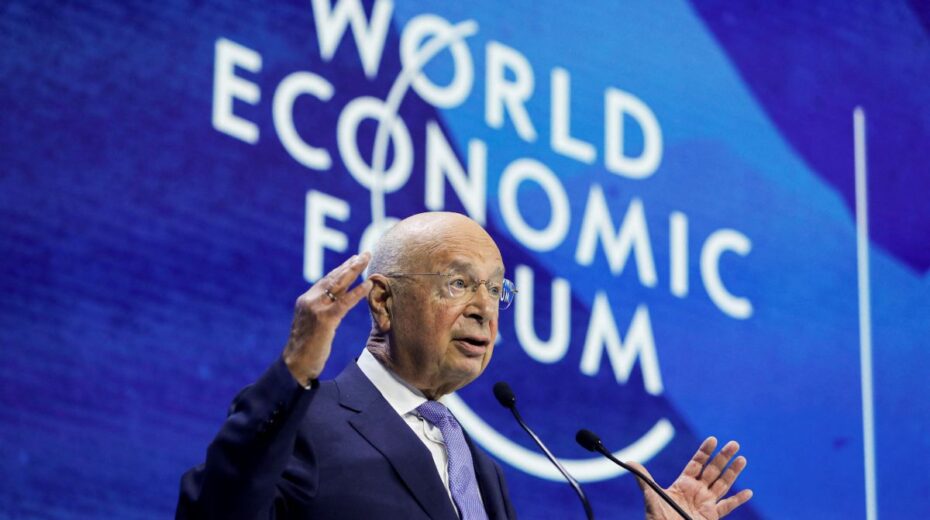 A Great Reset will happen, just not the one intended by the Globalists. They may have to settle for the Great Decoupling instead.

The green economy, de-industrialisation, digital health passports, Central Bank digital currencies, these are all core components of the Globalists’ plan for the Great reset. The WEF has painted a picture of their proposed future via Klaus Schwab and his acolytes. “We will have nothing, own nothing and be happy”. The main obstacle to this grand vision is that not surprisingly very few countries wish to go along with it. The Globalists know their game is coming to an end and the Great Reset is their way of ensuring that the same financial cabal that has brought the world to its current lamentable state will continue to rule over all in the next world order. The most prominent objectors to this insidious plan are of course Russia and China. Unlike their western counterparts both have strong leaders who enjoy popular support, have strong economies and are optimistic about future prospects for growth. Neither intends to sacrifice their countries so that Western elites can maintain their control over the Global economic system and impose their self-serving will on weaker nations. Which in its simplest terms is why both countries need to be destroyed, at least economically before the Great Reset can be imposed on the world. Time, however, is not on the Globalists’ side, recent events have demonstrated that they are aware of this and are accelerating their timelines.

The Great Reset and its stated objectives have been in the planning for several years, those plans however are now seriously behind schedule. The election of Trump in 2016 wasn’t supposed to happen. He was to Washington the ultimate “Black Swan” event. An outsider without the backing of a political party and with seemingly the entire mainstream media against him, his victory was considered all but impossible. Yet win he did, and it seemed he spent the entire four years of his presidency battling against the Globalist faction, both internationally and within America. Washington felt cheated, not only was Trump an “outsider” he was also a disrupter. Opinions on the divisive Trump aside, he was indisputably an “America First Nationalist”, he was anti-NATO. and a vocal anti-Globalist. There would be no Great Reset under Trump, he was an obstacle to the agenda and had to be removed. Which in 2020 in a blatantly fraudulent election he was. Should Trump run again in 2024 and all indications are that he will, he would likely win an honest election in a landslide. The return of Trump would provide another major obstacle to the Globalist agenda. Expect that all efforts will be expended to prevent another Trump presidency. With an angry populace and increased electoral scrutiny next time around, they may have to turn to other measures to foil a Trump return. Should Trump re-enter the White House in 2024, the notoriously vindictive Trump is expected to seek accountability against those who he believes robbed him of his rightful election. Nerves are frayed in Washington and they know the clock is ticking.

Trump set the agenda back four years and they are now playing against the clock to make up for lost time, all evidence suggests that they are getting increasingly desperate. The recent invitations issued to Sweden and Finland to “fast track” NATO membership is yet another provocation to Russia. Putin wants to end the Ukraine conflict on his own terms and withdraw, he doesn’t not get bogged down in a quagmire that would drag on for years. NATO wants exactly that. Wooing Sweden and Finland is their attempt to ensure years of conflict and tension. Putin understands this all too well. As they lurch from one bad idea to another, attention should be paid to the indecent haste in which they are moving. It appears they are making things up as they go along, all without any obvious sense of consequence.

The prospect of Trump 2.0 is not the only time sensitive issue facing the Globalists. The global economy is on the brink of implosion. Sri Lanka has recently defaulted on its international debts. This will immediately create at least a $500 billion hole in the global economy. Alarmingly, according to the World Bank more than 70 other countries are in a similarly perilous economic condition. For most their debts are un-payable, and the IMF solution of structural adjustment (austerity) privatisations, and cuts to government services, would consign these countries to generations of deprivation and social unrest. Or, they could repudiate the debt completely and abandon the Western banking model. Both China and Russia have alternatives to SWIFT and welcome countries who want to escape the neo-liberal financial plantation. Both offer investment for development, non-interference and respect for countries’ sovereignty. All things valued by every country, but unachievable under Western domination. Decisions will very soon be made by countries throughout the Global south about who they want to align their futures with.

A new proposal being put before the UN on May 22nd essentially requires all nations to surrender their sovereignty to the WHO in the event of another pandemic. That they would even think that post-Covid the WHO enjoys that level of confidence, is delusional. This transparent power grab is easily recognised for what it is, in the unlikely event that it gains enough traction, expect another pandemic to follow shortly after. The cabal still has the tools to cajole, bribe and threaten countries to submit, and doubtless it will try, but outside of the captured western countries, such a desperate move will garner scant support. Covid failed to usher in the Great Reset but it unleashed a wave of destruction on the global economy that may take generations to repair. Many questions on the criminal mismanagement of Covid remain unanswered. There are few nations that don’t harbour deep resentment towards the notoriously corrupt and inept WHO and its genocidal Sugar Daddy Bill Gates. The sheer audacity of the proposal stinks of desperation. The upcoming vote is likely to give the Globalists another stark reminder of its waning power and influence.

A Great Reset will happen, just not the one intended by the Globalists. They may have to settle for the Great Decoupling instead. As Western influence continues to diminish at a rapid pace the trend of countries flocking to the China/Russia orbit is bound to increase. The NWO that they have been lusting after for generations is likely to be restricted to Western Europe and North America, or about 15% of the World’s population. The effects of the disastrous Ukraine provocation and the failed sanctions will soon become undeniable. Food and energy shortages together with uncontrollable inflation, will make even this smaller NWO harder to control. The Emperor has no clothes, as all can now see, their game is old, tired and predictable, and they have no new ideas. The Globalists may not have to worry about a Trump return in 2024. It is highly likely that the clock will have run out on them by then. It could happen any day.