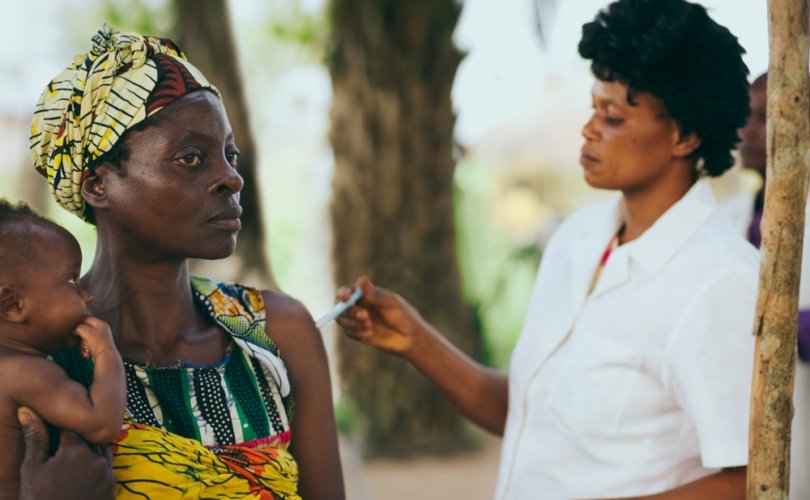 AUSTIN, Texas (LifeSiteNews) — Children’s Health Defense (CHD) has collaborated with British filmmaker and activist Dr. Andy Wakefield and Robert F. Kennedy Jr. to deliver a new film that sets out to prove the World Health Organization (WHO) engaged in a “population control experiment” “carried out under the guise of a vaccination program” and resulted “in the sterilization of women in Africa without their knowledge or consent.”

Guests are slated to “discuss the dramatic rise in infertility issues across the globe.”

“It is with timely irony that the World Health Organization reveals its true colors as it makes a desperate grab for control of global health,” said Wakefield, the film’s director, in the press release shared with LifeSiteNews.

“This story is a true ‘WHO’ dunnit,” he quipped.

Pro-life groups and Catholic leaders have long worried that WHO-sponsored tetanus vaccine programs, especially those which specifically target women in their childbearing years, could be used as an avenue for sterilization.

In the early 1990s, suspicion about global tetanus programs had led American pro-life organization Human Life International to call for a congressional investigation into the tetanus vaccine program underway in Mexico, arguing the drugs could render vaccinated women infertile.

In 2014, the Catholic Bishops of Kenya and the Kenya Catholic Doctors Association expressed concern that a tetanus vaccine sponsored by the WHO and the United Nations Children’s Fund (UNICEF) was “laced with a hormone that causes miscarriages and infertility,” CNS news reported at the time.

According to the bishops, multiple independent tests of the shots indicated the hormone was present in the injections, leading them to suggest the vaccination campaign was a “disguised population control program.”

An 2017 open access study noted that as far back as 1976, researchers had reportedly “conjugated tetanus toxoid (TT) with human chorionic gonadotropin (hCG) producing a ‘birth-control’ vaccine.”

The New York Times reported at the time that the shots would trick the immune system “into producing antibodies to both the tetanus protein and the H.C.G.,” thereby working to “​​block the action of a hormone that is essential to the life of a newly formed embryo.”

According to Dr. Sheldon Segal of the Population Council, the vaccine “would be ‘a tremendous advantage,’ particularly to the women of the developing world, where people are accustomed to injections and to the fact that injections can do good.”

By 1993, several birth-control vaccines for “family planning” were being developed.

In the 2017 study highlighting the WHO’s prior research, publications by the organization “show a long-range purpose to reduce population growth in unstable, ‘less developed countries.’”

UNICEF and the WHO have repeatedly denied the claims the tetanus vaccines used in global vaccination campaigns have contributed to miscarriages or infertility.

However, according to the CHD press release, the film “Infertility” will bring new evidence to light.

“The truths exposed in this film cast a long shadow from a tetanus trial in Africa to the symptoms of infertility that are happening all over the world, including reports after the Gardasil vaccine and the COVID shots,” CHD chief science director Dr. Brian Hooker said.

Likewise, CHD president and general counsel Mary Holland stated that the movie “documents evidence that strongly supports the idea that the WHO was conducting an experiment on women of childbearing age to make them infertile without informed consent.”

“The film highlights whether the global community should vastly empower the WHO to regulate and enforce global health policy,” Holland said.

Kennedy, the executive producer who has repeatedly spoken out against forced COVID-19 shots, pointed out that “[a]n abiding principle of ethical medical practice is that every patient has the right to fully informed, voluntary consent.”

“We expose the WHO’s gross violation of this principle in its surreptitious campaign to prevent and abort pregnancies in millions of unsuspecting African women,” Kennedy said, arguing that the “WHO led these women to believe that they were part of a public health program to protect their newborn babies.”

“This is a timely message that the WHO is not fit, on any level, to dictate global health policy,” he said.