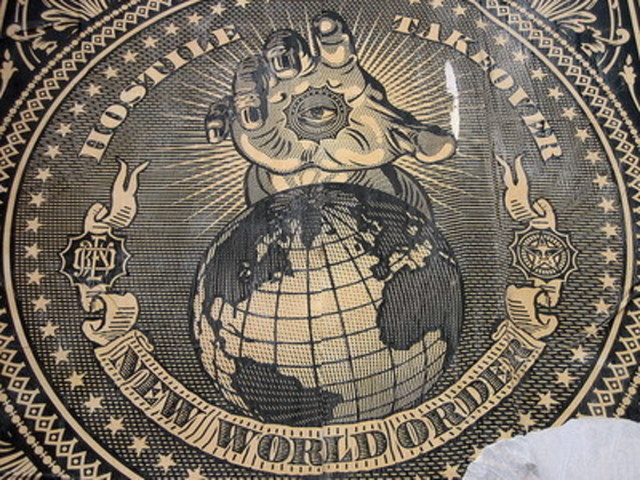 Situation at a glance

On 13 May 2022, WHO was notified of two laboratory confirmed cases and one probable case of monkeypox, from the same household, in the United Kingdom. On 15 May, four additional laboratory confirmed cases have been reported amongst Sexual Health Services attendees presenting with a vesicular rash illness in men who have sex with men (MSM). As response measures, an incident team has been established to coordinate contact tracing efforts.

In contrast to sporadic cases with travel links to endemic countries (see Disease outbreak news on Monkeypox in the United Kingdom published on 16 May 2022), no source of infection has been confirmed yet. Based on currently available information, infection seems to have been locally acquired in the United Kingdom. The extent of local transmission is unclear at this stage and there is the possibility of identification of further cases. Description of the cases

On 13 May 2022, the United Kingdom notified WHO of two laboratory confirmed cases and one probable case of monkeypox to WHO. All three cases belong to the same family.

The probable case is epidemiologically linked to the two confirmed cases and has fully recovered. The first case identified (index case) developed a rash on 5 May and was admitted to hospital in London, the United Kingdom on 6 May. On 9 May, the case was transferred to a specialist infectious disease centre for ongoing care. Monkeypox was confirmed on 12 May. Another confirmed case developed a vesicular rash on 30 April, confirmed to have monkeypox on 13 May, and is in a stable condition.

The West African clade of monkeypox was identified in the two confirmed cases using reverse transcriptase polymerase chain reaction (RT PCR) on vesicle swabs on 12 May and 13 May.

On 15 May, WHO was notified of four additional laboratory confirmed cases, all identified among MSM attending Sexual Health Services and presenting with a vesicular rash. All four were confirmed to have the West African clade of the monkeypox virus.

Epidemiology of the disease

Monkeypox is a sylvatic zoonosis with incidental human infections that usually occur in forested parts of Central and West Africa. It is caused by the monkeypox virus which belongs to the orthopoxvirus family. Monkeypox can be transmitted by droplet exposure via exhaled large droplets and by contact with infected skin lesions or contaminated materials. The incubation period of monkeypox is usually from 6 to 13 days but can range from 5 to 21 days.  The disease is often self-limiting with symptoms usually resolving spontaneously within 14 to 21 days. Symptoms can be mild or severe, and lesions can be very itchy or painful. The animal reservoir remains unknown, although is likely to be among rodents. Contact with live and dead animals through hunting and consumption of wild game or bush meat are known risk factors.

There are two clades of monkeypox virus: the West African clade and Congo Basin (Central African) clade. Although the West African clade of monkeypox virus infection sometimes leads to severe illness in some individuals, disease is usually self-limiting. The case fatality ratio for the West African clade has been documented to be around 1%, whereas for the Congo Basin clade, it may be as high as 10%. Children are also at higher risk, and monkeypox during pregnancy may lead to complications, congenital monkeypox or stillbirth.Milder cases of monkeypox may go undetected and represent a risk of person-to-person transmission. There is likely to be little immunity to the infection in those travelling or otherwise exposed, as endemic disease is normally geographically limited to parts of West and Central Africa. Historically, vaccination against smallpox was shown to be protective against monkeypox. While one vaccine (MVA-BN) and one specific treatment (tecovirimat) were approved for monkeypox, in 2019 and 2022 respectively, these countermeasures are not yet widely available, and populations worldwide under the age of 40 or 50 years no longer benefit from the protection afforded by prior smallpox vaccination programmes.

Health authorities in the United Kingdom have established an incident management team to coordinate the extensive contact tracing which is currently underway in health care settings and the community for those who have had contact with the confirmed cases. Contacts are being assessed based on their level of exposure and followed up through active or passive surveillance for 21 days from the date of last exposure to a case. Vaccination is being offered to higher risk contacts.A detailed backwards contact tracing investigation is also being carried out to determine the likely route of acquisition and establish whether there are any further chains of transmission within the United Kingdom for all cases. Sexual contacts and venues visited are actively being investigated for the four recent cases.

No source of infection has yet been confirmed for either the family or MSM clusters. Based on currently available information, infection seems to have been locally acquired in the United Kingdom. The extent of local transmission is unclear at this stage and there is the possibility of identification of further cases. However, once monkeypox was suspected, authorities in the United Kingdom promptly initiated appropriate public health measures, including isolation of the cases and extensive forward and backward contact tracing to enable source identification.

In the United Kingdom, there have been eight previous cases of monkeypox reported: all importations were related to a travel history to or from Nigeria. In 2021, there were also two separate human monkeypox cases imported from Nigeria reported by the United States of America. During an outbreak of monkeypox in humans in 2003 in the United States of America, exposure was traced to contact with pet prairie dogs that had been co-housed with monkeypoxvirus-infected small mammals imported from Ghana.

Intensive public health measures should continue in the United Kingdom. In addition to the ongoing forward and backward contact tracing and source tracing, case searching, and local rash-illness surveillance should be strengthened in the MSM and wider community, as well as in primary and secondary health care settings. Any patient with suspected monkeypox should be investigated and isolated with supportive care during the presumed and known infectious periods, that is, during the prodromal and rash stages of the illness, respectively. Timely contact tracing, surveillance measures and raising awareness among health care providers, including sexual health and dermatology clinics, are essential for preventing further secondary cases and effective management of the current outbreak. Additionally, deployment of pharmaceutical countermeasures under investigational protocols can be considered.

Any illness during travel or upon return from an endemic area should be reported to a health professional, including information about all recent travel and immunization history. Residents and travellers to endemic countries should avoid contact with sick animals (dead or alive) that could harbour monkeypox virus (rodents, marsupials, primates) and should refrain from eating or handling wild game (bush meat). The importance of hand hygiene by using soap and water or alcohol-based sanitizer should be emphasized.

International travel or trade: WHO does not recommend any restriction for travel to and trade with the United Kingdom based on available information at this time.WHO continue to closely monitor as the situation is evolving rapidly.