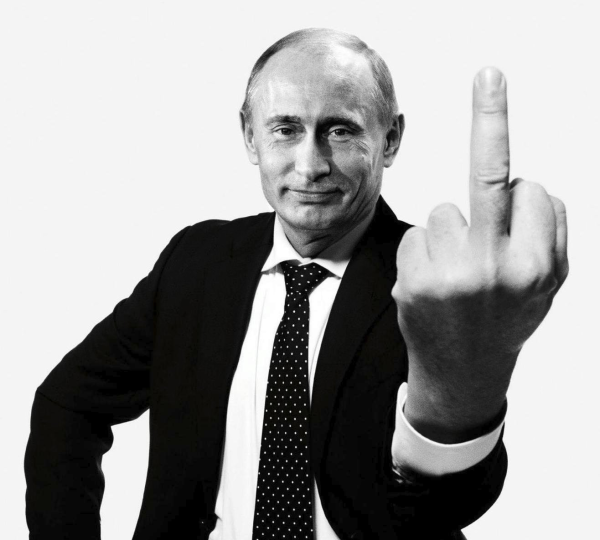 On Tuesday, Russia announced a 40% reduction in the flow of natural gas to Germany through the Nord Stream pipeline. The announcement, that was made by Gazprom officials, sent tremors through the European gas market where prices quickly soared to new highs. In Germany—where prices have tripled in the last three months—the news was met with gasps of horror. With inflation already running at a 40-year high, this latest reduction in supply is certain to tip the German economy into recession or worse. All of Europe is now feeling the impact of Washington’s misguided sanctions on Russia. Here’s more from Oil Price website:

“Russia’s Gazprom said on Tuesday that it would limit natural gas supply via the Nord Stream pipeline to Germany by 40 percent compared to planned flows because of a delay in equipment repairs… The lower supply of gas via Nord Stream to the biggest European economy, Germany, sent Europe’s gas prices surging by double digits...

Russian gas deliveries to Europe… have already been down after Ukraine stopped last month flows from Russia to Europe at … one of the two transit points… thus supply was cut off for a third of the gas transiting Ukraine onto Europe.” (“Europe’s Gas Prices Surge 13% As Russia Reduces Nord Stream Flow“, Oil Price)

The United States and its European allies have imposed more sanctions on Russia than any country in history. But Tuesday’s announcement helps to illustrate who is actually suffering from the sanctions and who is not. Russia is not suffering, in fact, Russia does not seem particularly perturbed at all. It has calmly brushed aside Washington’s attacks as one would whisk-away a fly at a family picnic. Even more surprising is the fact that the sanctions have strengthened the ruble, increased revenues from raw materials, sent Russia’s trade surplus into record territory, and pushed gas and oil profits into the stratosphere. By every objective standard, the sanctions appear to be benefiting Russia which, of course, is the opposite outcome that was expected.

There’s no evidence that Washington’s sanctions have achieved the objective of “weakening” Russia or damaging its economy. There is, however, considerable proof that the sanctions have backfired and inflicted a heavy toll on their supporters and their people. And while it’s hard to quantify how much damage has actually been done, we’ve tried to identify specific categories where the impact has been most dramatic. The sanctions have:

So far, Russia has withstood these attacks patiently and without any retaliatory response. But we must assume that the sudden 40% reduction in gas flows to energy-dependent Germany is intended to send a message. Keep in mind, Nord Stream 2 was a massive multi-year, $10 billion project to which Russia was fully committed until Germany ‘pulled the rug out from under Putin’ at the eleventh hour. Germany proved that—when push comes to shove—Berlin will always march in lockstep with Washington rather than fulfill its business agreements or act in the interests of its own people. What Germany is discovering now, however, is that acting as Washington’s poodle comes at a very high price indeed. Here’s more from Reuters:

“Gazprom said on Tuesday it has curbed supplies via the Nord Stream 1 undersea pipeline to Germany to up to 100 million cubic metres (mcm) per day, down from 167 mcm, citing the delayed return of equipment that had been sent for repair….

Gazprom no longer exports gas westwards through Poland via the Yamal-Europe pipeline following Russian sanctions against EuRoPol Gaz, which owns the Polish section. Flows via Yamal-Europe continue eastwards from Germany to Poland.

“Due to the sanctions imposed by Canada, it is currently impossible for Siemens Energy to deliver overhauled gas turbines to the customer. Against this background we have informed the Canadian and German governments and are working on a viable solution,” the company said.” (“Nord Stream gas capacity constrained as sanctions delay equipment“, Reuters)

Naturally, the media is going to point to a maintenance snafu as an excuse, but how credible is that? How often is supply of a vital resource cut by nearly half due to a compressor malfunction?

Not often. Russia is sending a simple but poignant message to Germany: “You made your bed, now sleep in it.” Russia’s reaction is perfectly normal after having been “stabbed you in the back.”

And, Germany’s travails are just beginning because it has no way to make up for the energy shortfall it will face in the near future; a shortfall that will precipitate rolling blackouts, freezing homes, and a relentless strangulation of its domestic industry. As the German government is discovering, there is no viable substitute for Russian hydrocarbons which is neither readily available nor does the quality fit Germany’s particular requirements. In other words, the US has led Germany down the primrose path believing that they could simply switch to other energy suppliers and everything would be just dandy. That is certainly not the case. As it happens, Germany and all of Europe are going to pay more for their energy than any region in the world which will severely undermine the EU’s competitiveness. This, in turn, will lead to a sharp decline in living standards as well as growing social unrest. Here’s more from the Wall Street Journal:

“For decades, European industry relied on Russia to supply low-cost oil and natural gas that kept the continent’s factories humming.

Now Europe’s industrial energy costs are soaring in the wake of Russia’s war on Ukraine, hobbling manufacturers’ ability to compete in the global marketplace. Factories are scrambling to find alternatives to Russian energy under threat that Moscow could abruptly turn off the gas spigot, bringing production to a halt.

Europe’s producers of chemicals, fertilizer, steel and other energy-intensive goods have come under pressure over the last eight months as tensions with Russia climbed ahead of the February invasion. Some producers are shutting down in the face of competition from factories in the U.S., the Middle East and other regions where energy costs are much lower than in Europe. Natural-gas prices are now nearly three times higher in Europe than in the U.S.” (“Some European Factories, Long Dependent on Cheap Russian Energy, Are Shutting Down; Industrial energy costs are soaring in the wake of Russia’s war on Ukraine, hobbling European manufacturers’ ability to compete globally”, Wall Street Journal)

The Wall Street Journal would like you to believe that Russia is responsible for Europe’s poor choices, but, it’s not true. Putin didn’t raise prices. Prices rose in response to the EU’s increased demand due to shortages brought on by the sanctions. How is that Putin’s fault?

It’s not. And the same goes for the EU officials who accused Putin of “blackmail”, a claim for which there was no basis whatsoever. When that accusation was made, the price of gas in the EU was one-third of its price today. Is that how blackmail works, by charging less than the market price?

Of course, not. It’s ridiculous. Europe was getting a great price on a scarce resource until they decided to take Uncle Sam’s bad advice and ruin it for themselves. Now they’re paying through the nose, and they can only blame themselves.

Did you know that EU leaders are already making plans to ration energy this winter?

It’s true. Europe has agreed to become another basket-case US lapdog in order to faithfully execute Washington’s ambitious global strategy. Here’s the story:

“Europe could be forced to start rationing energy this winter, starting with industrial uses of natural gas, especially if the winter is cold and China’s economy rebounds, the Executive Director of the International Energy Agency (IEA), Fatih Birol, told the Financial Times in an interview.

“If we have a harsh winter and a long winter  . . . I wouldn’t exclude the rationing of natural gas in Europe, starting from the large industry facilities,” Birol told FT.

The world faces a “much bigger” energy crisis than the one of the 1970s, Birol told German daily Der Spiegel last month.

“Back then it was just about oil,” Birol told the news outlet. “Now we have an oil crisis, a gas crisis and an electricity crisis simultaneously,” said the head of the international agency created after the 1970s shock of the Arab oil embargo.” (“IEA: Europe Could See Energy Rationing This Winter“, Oil Price)

She’s wrong, isn’t she? We don’t have “an oil, gas and electricity crisis”. What we have is a political crisis. All of these shortages can be easily traced back to the foolish choices that were made by incompetent politicians doing the bidding of neocon fantasists who think they can turn the clock back to the heyday of American global primacy. But those days are over, and everyone seems to know they’re over except the insulated group of self-deluded fanatics at the Washington think tanks and their political spawn at 1600 Pennsylvania Avenue.

Bottom line: We all would have been much better off listening to Kissinger who advised his pals at the World Economic Forum (WEF) to wrap up the Ukrainian war pronto before Russia made changes that could not be reversed. Unfortunately, Kissinger’s appeal fell on deaf ears and Putin has already started redirecting his energy flows eastward. Check out this eyepopping excerpt from an article at oilprice.com:

“The biggest reshuffle of oil trade flows since the Arab oil embargo of the 1970s is underway—and things may never return to normal. The Russian invasion of Ukraine and the sanctions on Russian oil exports are changing global oil trade routes. Over the past nearly five decades, oil flowed more or less freely from any supplier to any customer in the world…

This free energy trade is now over, after …. the Western sanctions that followed, plus Europe’s irreversible decision to cut off its dependence on Russian energy at any cost…

By the end of this year, Europe expects to have effectively banned 90% of all its imports of Russian oil before the war… For oil going to Europe, crude from the Middle East will now travel longer distances to European ports compared to the shorter routes to India and China…

For Europe, the choice of oil supply is now political, and it will be willing to pay a premium to procure non-Russian oil. This will tighten supply options and continue to support elevated oil prices for months to come.

“This ban will have a significant impact on global oil trade flows, with about 30% of EU’s imports needing replacement from other regions, including the Middle East (Saudi Arabia and the UAE have sustained production spare capacity of about 2MMbpd and 1MMbpd, respectively), Africa and the US.” (“The Biggest Reshuffle Of Oil Flows Since The 1970s”, Oil Price)

What does it mean?

It means that inflation will continue to rise as Russia’s prodigious crude supplies are redirected eastward. It means that Washington has abandoned its 30 year-long ‘pet project’, Globalization, and splintered the world into rival blocs. It means that the dollar, the bond market, the western financial system and the so-called “rules-based order”—all of which are inseparably linked to economic growth that depends almost-entirely on the availability of cheap energy—will begin to creak-and-groan beneath the weight of feather-headed policy decisions that have brought certain ruin to the nations of the west and their people.