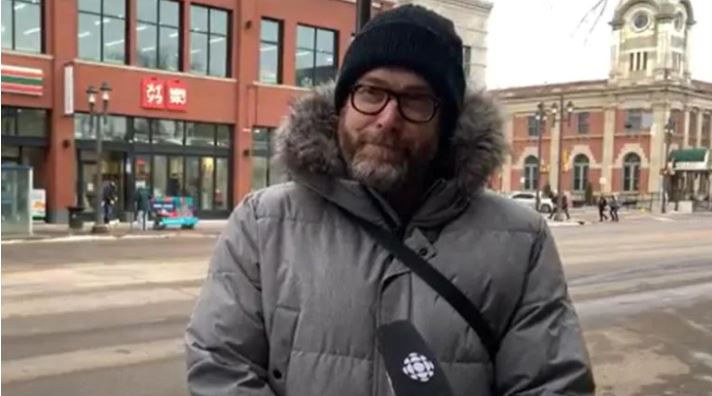 Businesses in Edmonton are expecting a mix of anxiety and confusion Tuesday as the province no longer requires people to wear masks in indoor public places, while the city does.

The Alberta government lifts its mask mandate as of March 1 as part of its general easing of COVID-19 restrictions. However, the City of Edmonton’s face-covering bylaw remains in effect.

People will still be required to wear masks in stores, city facilities and while walking around in restaurants within Edmonton city limits. Council is set to review its bylaw March 8.

McBryan suggested the city follow the province’s lead and protect front-line staff from harassment and awkward situations with customers.

“We know compliance is going to be low, compliance has been low every time the city’s rules have been different from the province’s rules,” she said. “And people are getting more agitated and aggressive in their interactions if they don’t want to wear a mask.”

The city needs to do better at communicating its rules to the public, McBryan added.

Kris Armitage, manager of Knifewear on Whyte Avenue, said his staff will follow the city’s bylaw but are worried about some customers being either defiant or unaware.

Armitage said staff worry about about dealing with customers who are either not aware of the bylaw or opposed to the city acting out of step with the province.

“I think there’s a great deal of exhaustion around trying to navigate the rules and knowing what the rules are and being the gatekeepers of the rules.,” he said.

People on Whyte Avenue Monday had mixed feelings about the city continuing its bylaw.

Nathan Webb, who lives in Beaumont but visits Edmonton a few times a week, said he just heard that the city is retaining its mask bylaw.

“I imagine it will be unclear to a lot of people, just these confusing mandates,” Webb said. “I can see it causing quite a bit of confusion.”

People shouldn’t be forced to wear masks, he said.

“I find nobody is really enforcing them anymore,” he said. “I’ve been in grocery stores and not worn a mask and nobody will say anything.”

Sharmine Khadkhodayan, who was wearing a mask while waiting at a bus stop, said she’d prefer the mask mandate stay in place.

“I’m pro-Edmonton when it comes to this,” she said. “It’s a very small price to pay for something that’s spreading so fast.”

Coun. Erin Rutherford said the city should take its time in evaluating the need for the face-covering bylaw before removing it.

“I really struggle with why we are lifting so aggressively,” she said Monday. “It is prudent, and safe and responsible to keep the masks in place.”

The province still requires masks on public transit and in high-risk settings including facilities run by Alberta Health Services.

“If masks weren’t effective, why would the province still want them in transit?” Rutherford said.

Edmonton city council agreed in November to extend the bylaw, which had previously been set to expire at the end of 2021.

The City of Edmonton, along with the City of Calgary, implemented mask bylaws in the summer of 2020, before the province introduced its mandate.

The city is collecting feedback on the face-covering bylaw through an online survey until Mar. 7.

Council is scheduled to meet next Tuesday to discuss the bylaw.

“I think we do need to give people an exit strategy — what is the plan to have an end to this?” Rutherford said.