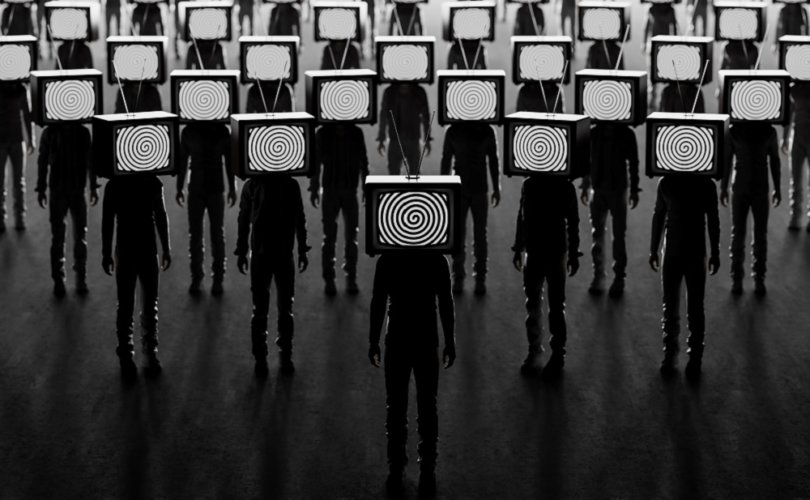 Historians analyzing the COVID-19 pandemic will one day consider what was going on in the minds of those who supported a narrative that only served profits and power. Looking back, they will greatly appreciate the analysis of contemporary experts, particularly Mattias Desmet, a professor in the Department of Psychology and Educational Sciences at Ghent University in Belgium. He is recognized as a leading thinker in his field, and has written over one hundred peer-reviewed academic papers.

Desmet has presented his understanding of human behavior in response to the pandemic and vaccine policies to forums and international media. His book on the topic, The Psychology of Totalitarianism, will be published in June of 2022. It examines the emotional climate that has allowed a singular, focused, crisis narrative that forbids dissenting views and relies on destructive groupthink.

The central tenet of Desmet’s evaluation of the emotional response to the pandemic rests on the psychological concept of mass formation. It is a general term that applies to individual, group, and crowd behavior as influenced by the manipulations and conduct of dominant social forces. The concept is not new — nor is it in any way a stretch to apply it in analyzing the extensive anxiety driving the attitudes and demeanor of billions of people during the world-wide pandemic.

Mass formation can be associated with mass psychosis, a disturbance in the minds of small or large groups — to the degree where there is a loss of contact with reality — often with an eclipse of morality and objectification of an imagined enemy.

The hostile and dismissive response to Desmet’s perspective on the pandemic’s emotional climate is both fascinating and revelatory.Life is winning!With the overturning of Roe v. Wade, the pro-life movement needs a truthful voice in the media now more than ever. Please donate today to help our coverage reach millions around the globe. Pro-lifers around the world and the innocent unborn children are counting on you to give them a voice.$ Donate Now

Desmet was interviewed by a number of prominent individuals in a variety of media outlets, with his views on the current rise of mass formation taken seriously by some of the public and medical professionals with open minds. Detractors quickly appeared in an attempt to minimize his impact.

When Dr. Robert Malone, respected veteran expert in molecular biology and a pioneer in mRNA research, discussed and amplified Desmet’s theory on the “Joe Rogan Experience,” a threshold seemed to have been crossed. Mainstream media and medical websites went into high gear pronouncing mass formation as discredited and bunk. The distain for anyone invoking the term was overt. Medpage Today reported, “It sounds like the name of your friend’s failed high school band.”

The vast majority of criticism had little to say about the reasonable theory that government representatives, a huge portion of the medical profession and at least one-third of the general population had fallen into a trance. And most importantly, there was no willingness to consider that there might be a powerful psychological force skewing judgement and provoking irrational behavior.

In a show of reflexive impulsive bias, media coverage claimed that the concept of mass formation did not exist. This response simply revealed how the process of mass formation blinds the minds of scientists and journalists.

Widely attributed press sources, including Reuters, quickly found experts who said that, “Mass formation psychosis is not an academic term recognized in the field of psychology, nor is there evidence of any such phenomenon occurring during the COVID-19 pandemic.” To ensure readers need not fear they were under any spell, they advised, “numerous psychologists have also told Reuters that such a condition is not officially recognized.”

Mass formation was also dismissed in a number of articles because it is not mentioned in the Diagnostic and Statistical Manual of Mental Disorders, a simplified clinical guide to individual psychiatric disorders that does not cover crowd psychology.

Not necessarily the news

The blast of commentary was presented as objective news, yet the press response directly conflicts with the knowledge of prominent psychotherapists, including luminaries who enriched the modern understanding of the human psyche, such as Scipio Sighele, Gustave Le Bon, Elio Cannetti, and Hannah Arendt.

In his 1921 book on Crowd Psychology and Ego Analysis, the [anti-Christian] founder of psychotherapy, Sigmund Freud, discusses mass formation and its ramifications, saying, “The strangest and at the same time most important phenomenon of mass formation is the increase in affectivity evoked in each individual (as) exaltation or intensification of emotion.”

The psychiatrist, Carl Jung, highlights mass formation in his prescient 1957 book, The Undiscovered Self, on the state of mankind and the dangers of modern materialism. His perspective is foundational, relative to Desmet’s recent findings:

Under the influence of scientific assumptions, not only the psyche but the individual man and, indeed, all individual events whatsoever suffer a leveling down and a process of blurring that distorts the picture of reality into a conceptual average. We ought not to underestimate the psychological effect of the statistical world picture: it displaces the individual in favor of anonymous units that pile up into mass formations.

Despite a wealth of historical precedents, the reaction to Desmet’s ideas was bizarre and unfounded. A renowned and respected psychotherapist had postulated that we might need to reconsider the unconscious response to lockdowns and mandates — and his ideas were summarily dismissed by the voice of the state.

The diagnosis is clear. Deriding mass formation and dismissing its influence during a global crisis is in itself a verification of the phenomenon. Mainstream media demonstrates how it perpetuates mass formation by indulging in another well-accepted psychological phenomenon: denial. Considering the degree of unwillingness to confront the reality of ineffectiveness and dangers of the COVID-19 vaccines, an evaluation of the news media’s response to the current plague can also be deemed delusional.

In recent decades, studies have shown that psychological problems are increasing geometrically. Rather than attempting to reverse this dysfunction, powerful forces in government and the corporate press continue to mislead and prey on an expanding susceptible population, who in the face of crisis, cling to authority.

Desmet suggests that a number of factors, including; isolation, a sense that life is meaningless — and particularly free-floating anxiety, frustration and aggression — independently or in unison, can lead to mass formation and its repercussions.

Jung also viewed precursors to dysfunction in the context of a modern age where the “State” and “Scientific Rationalism” play critical roles in supporting mass formation, saying:

Science supplies us with, instead of the concrete individual, the names of organizations and, at the highest point, the abstract idea of the State as the principle of political reality. Apart from agglomerations of huge masses of people, in which the individual disappears anyway, one of the chief factors responsible for psychological mass-mindedness is scientific rationalism, which robs the individual of his foundations and his dignity. As a social unit he has lost his individuality and become a mere abstract number in the bureau of statistics. He can only play the role of an interchangeable unit of infinitesimal importance.”

The concept of mass formation and its relevance to the pandemic are undeniable when our current crisis is examined carefully, particularly when the inadequacies and inconsistencies of prevention and treatment are analyzed and understood.

Vaccines were initially presented as the only viable way to stem a deadly disease. A subsequent admission that they did not stop transmission was revealed in the context that they continued to be effective and safe. Any serious analysis of these claims confirms this also is a fabrication.

There is an important and viable inquiry asking how a false and deadly narrative continues to be accepted. Policies supporting repressive controls and ongoing vaccination have no foundation other than nonsensical dictates and support from a public bolstered with questionable data, prodded to near-hysteria.

The very forces that are responsible for the false narrative can only take a defensive position when light is shed on their methodology. The dogmatic negation of the idea that a mass formation is responsible for blind compliance and irrational acceptance of dangerous therapies is striking and revelatory.

As time passes, the induced fear and coerced consent will continue to be exposed as part of a scheme promoting selfish interests, and verifiably nothing to do with good health.

Eventually this epoch will be recognized for its essential impetus; the nefarious entrancement of a vulnerable world.