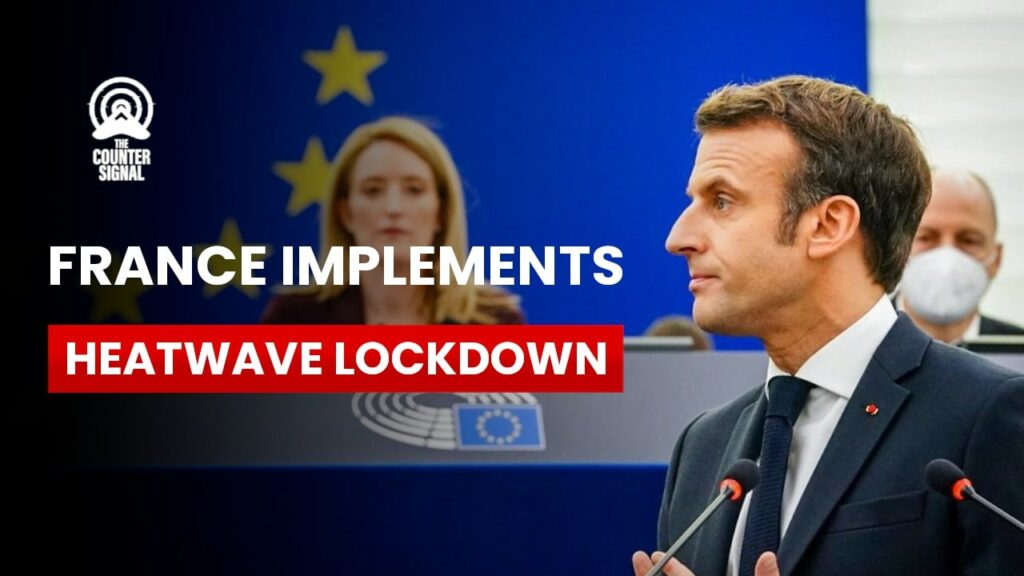 JUST IN – France has started to ban outdoor events due to heat.— Disclose.tv (@disclosetv) June 17, 2022

Outdoor events – including, ironically, annual ‘Resistance’ celebrations – are banned until the officials declare the heatwave is over. They’re even restricting some indoor events that don’t have air conditioning.

However, private weddings are still allowed.

Temperatures reportedly hit 40 degrees Celsius on Thursday, and the heatwave is expected to peak on Saturday.

Nonetheless, rather than let people take responsibility for themselves – to hydrate or stay home – French officials are comfortable deciding for them.

Recently, The Counter Signal reported that climate change lockdowns were likely on the horizon.

The advisement came from the International Energy Agency (IEA) as part of a 10-point plan, central to which is achieving net-zero carbon emissions by 2050.

Mark my words….. before you can say ‘climate’ they will be locking you down.. IF YOU LET THEM! This is not over by a long shot…you will see…#resist. Brits told work from home three days a week and ban cars on Sundays to beat Putin energy crisis https://t.co/5q86RTSLVV— Gillian McKeith (@GillianMcKeith) March 19, 2022

And this isn’t as conspiratorial as it might sound.

For example, while speaking on behalf of the World Health Organization (WHO), International Council of Nurses CEO Howard Catton claimed that climate change is the “grandmother of all health threats,” suggesting that the WHO may get involved with climate change-related health risks, like heatwaves, in the future.