FDA Executive Officer on Hidden Camera Reveals Future COVID Policy: ‘Biden Wants To Inoculate As Many People As Possible…Have to Get an Annual Shot’ 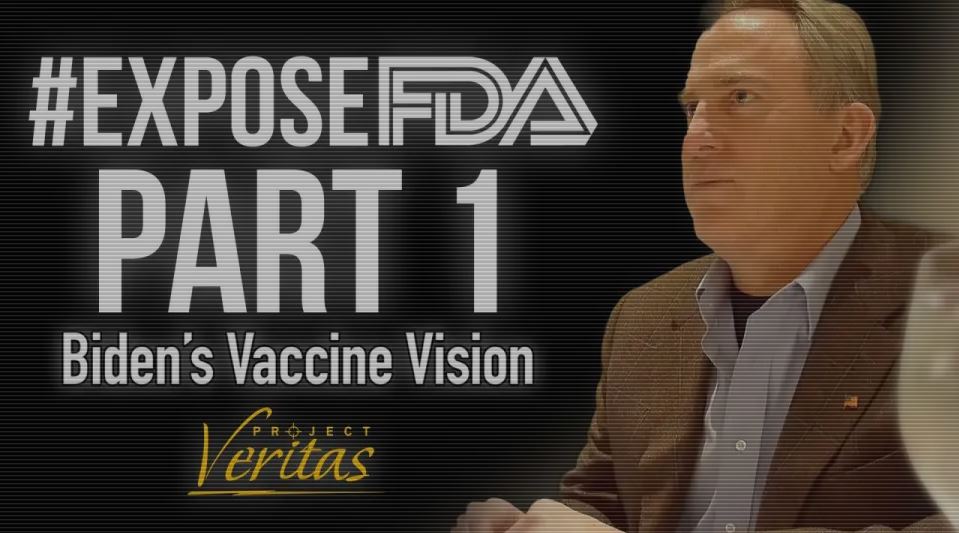 Cole is an Executive Officer heading up the agency’s Countermeasures Initiatives, which plays a critical role in ensuring that drugs, vaccines, and other measures to counter infectious diseases and viruses are safe. He made the revelations on a hidden camera to an undercover Project Veritas reporter.

Cole indicates that annual COVID-19 shots isn’t probable — but certain. When pushed on how he knows an annual shot will become policy, Cole states, “Just from everything I’ve heard, they [FDA] are not going to not approve it.”

The footage, which is part one of a two-part series on the FDA, also contains soundbites from Cole about the financial incentives pharmaceutical companies like Pfizer have to get the vaccine approved for annual usage.

“It’ll be recurring fountain of revenue,” Cole said in the hidden camera footage. “It might not be that much initially, but it’ll recurring — if they can — if they can get every person required at an annual vaccine, that is a recurring return of money going into their company.”

Perhaps the most explosive part of the footage is the moment where Cole brazenly talks about the impact that an Emergency Use Authorization has on overcoming the regulatory concerns of mandating vaccines on children.

“They’re all approved under an emergency just because it’s not as impactful as some of the other approvals,” Cole said when asked if he thought there was “really an emergency for kids.”

Cole, who claims his role with the FDA is to ensure the agency uses a framework of safety, security, and effectiveness as a part of its preparedness and response protocol, specifically cited concerns over “long term effects, especially with someone younger.”

James O’Keefe established Project Veritas in 2010 as a non-profit journalism enterprise to continue his undercover reporting work. Today, Project Veritas investigates and exposes corruption, dishonesty, self-dealing, waste, fraud, and other misconduct in both public and private institutions to achieve a more ethical and transparent society and to engage in litigation to: protect, defend and expand human and civil rights secured by law, specifically First Amendment rights including promoting the free exchange of ideas in a digital world; combat and defeat censorship of any ideology; promote truthful reporting; and defend freedom of speech and association issues including the right to anonymity. O’Keefe serves as the CEO and Chairman of the Board so that he can continue to lead and teach his fellow journalists, as well as protect and nurture the Project Veritas culture.

Project Veritas is a registered 501(c)3 organization. Project Veritas does not advocate specific resolutions to the issues raised through its investigations. Donate now to support our mission.