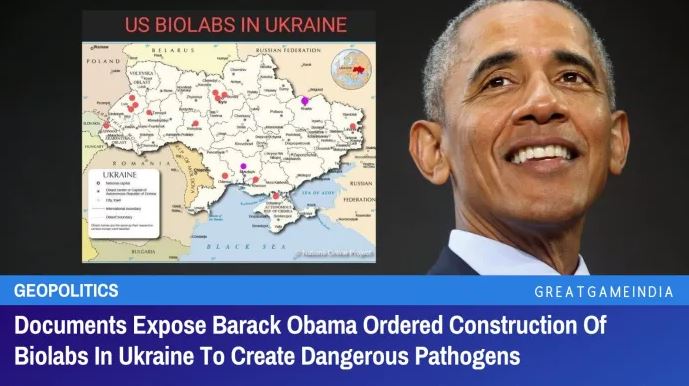 According to a removed web page retrieved by GreatGameIndia, former President Barack Obama pushed an arrangement that resulted in the development of biolabs processing “especially dangerous pathogens” in Ukraine.

The headlines come on the same day that Biden administration operative Victoria Nuland informed the United States Senate that the American government is anxious over biological research centers slipping into Russian control as a consequence of the escalating fighting in Eastern Europe.

Now, we have official confirmation from US Under Secretary that Russia indeed planned to attack Bioweapons labs in Ukraine and that Washington was working with Kiev on dangerous pathogens in those labs authorized by former US President Barack Obama himself.