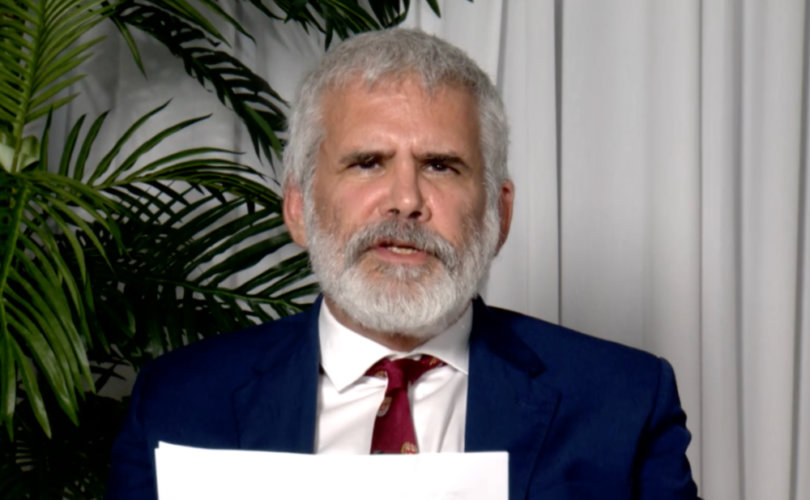 Malone argued on Steve Bannon’s War Room show that the proposed amendments, which Dr. Peter Breggin and Ginger Breggin have pointed out would essentially surrender the sovereignty of the U.S. and other United Nations member nations to the WHO, is a deliberate subversion of the U.S. Constitution.

The Breggins have noted that the amendments will “empower the WHO’s Director-General to declare health emergencies or crises in any nation and to do so unilaterally and against the opposition of the target nation.”

On Friday, Malone sketched a picture of the unprecedented political subjection to the WHO, which would be imposed not only on the U.S. but on all U.N. member states, that would be subsequently made possible.

“Under article five, the WHO will develop early warning criteria that will allow it to establish a [health] risk assessment for a member state, which means it can use the type of modeling simulation of predictions that exaggerated the risk from COVID 19 over two years ago,” said Malone, noting that this implies a world of “increased surveillance.”

“Once the WHO creates its assessment unilaterally, it will communicate it to inter-governmental organizations in other member states. They will then have a 48-hour deadline … to make a ‘go/no-go’ decision about complying with the mandate, which is entirely under the control of Tedros, the director general of the World Health Organization.”

According to Malone, this would allow the WHO to “circumvent the U.S. constitution” and “undermine it through this tortured logic that public health should take preeminence over the American Constitution.”

As the Breggins have pointed out, “there is no specific limit to what constitutes a health emergency,” which the WHO said includes any “illness or medical condition … that presents or could present significant harm to humans.”

Malone added that “in parallel” with the proposed rule changes, Congress took actions to “essentially allow the president to sign a treaty without congressional authorization,” further stripping the ability of the American people to consent to being essentially ruled by unelected parties.

Even further, the proposed amendments would shrink what the Breggins noted was “an 18-month grace period during which a nation may withdraw its ‘yes’ vote for amendments,” down to six months.

“What this means is that this will get rammed through the American political system and the World Health Organization before the November midterm elections,” Malone said.

“This is one of those things that sounds like science fiction. It’s hard to believe that the president of the United States and his administration are intentionally undermining the Constitution, but that’s what it is as far as I’m concerned. This constitutes a breach of his oath of office to defend the Constitution,” Malone told Bannon.

Malone said that not only the constitution but “states’ rights,” which include “control of medical care,” are being handed over to the WHO, and also, he suggested, to its “two major donors”:  the Chinese Communist Party, and the Bill and Melinda Gates Foundation.

“Those two control the WHO full stop,” Malone said.

While the potential powers of the WHO during such a “potential or actual” health risk are not clearly defined, the Breggins have observed that the “breadth of WHO’s scope of power” is indicated by the other U.N. agencies with which it will be “given the right” to work with, “including those related to food and agriculture, animal health, environmental programs, “or other relevant entities” (Article 6.1).”

“This too will not require the permission of the identified nation … And as we have seen, the foreward to these regulations presents a much larger array of potential collaborating agencies,” the Breggins wrote.

They further noted that because “the health-endangering event may be so nonspecific as to have ‘unknown causes or sources,’” the WHO “will be given unrestricted powers to define and then implement their interventions.”