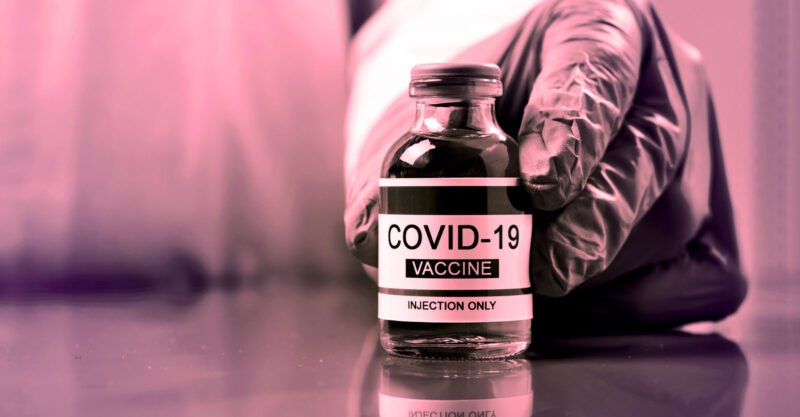 The Centers for Disease Control and Prevention (CDC) today released new data showing a total of 1,295,329 reports of adverse events following COVID-19 vaccines were submitted between Dec. 14, 2020, and June 3, 2022, to the Vaccine Adverse Event Reporting System (VAERS). That’s an increase of 7,734 adverse events over the previous week.

VAERS is the primary government-funded system for reporting adverse vaccine reactions in the U.S.

The data included a total of 28,714 reports of deaths — an increase of 182 over the previous week — and 236,767 serious injuries, including deaths, during the same time period — up 1,726 compared with the previous week.

Foreign reports are reports foreign subsidiaries send to U.S. vaccine manufacturers. Under U.S. Food and Drug Administration (FDA) regulations, if a manufacturer is notified of a foreign case report that describes an event that is both serious and does not appear on the product’s labeling, the manufacturer is required to submit the report to VAERS. 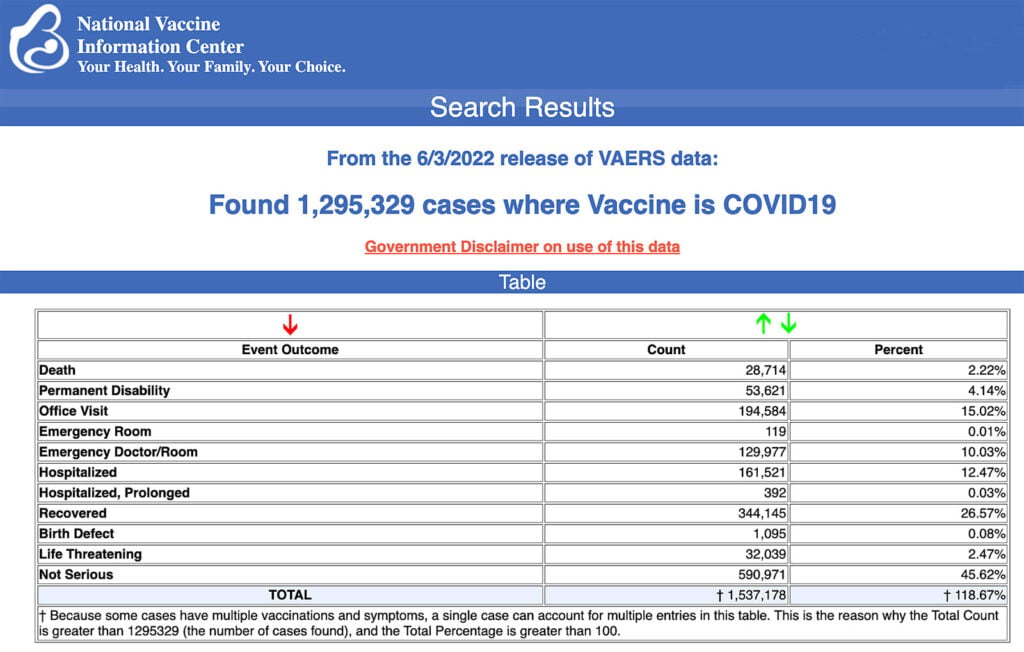 Every Friday, VAERS publishes vaccine injury reports received as of a specified date. Reports submitted to VAERS require further investigation before a causal relationship can be confirmed.

Historically, VAERS has been shown to report only 1% of actual vaccine adverse events.

The Biden administration this week said it is diverting more than $10 billion in COVID-19 testing and relief funds to buy more COVID-19 vaccines and treatments, The Associated Press (AP) reported.

The money was diverted from plans to buy COVID-19 tests and personal protective equipment, reported NBC, as well as funding for research and development of new COVID-19 vaccines, according to AP.

The redirected funds will be used to start negotiating contracts with vaccine-makers to make new doses for the fall, including “next-generation” vaccines that pharmaceutical companies are developing to target new COVID-19 variants.

Roughly $5 billion will go to support the purchase of new COVID-19 vaccine doses for a fall immunization campaign and $4.9 billion will be used to procure about 10 million remaining courses of Pfizer’s Paxlovid COVID-19 antiviral pill, a White House official who asked not to be named told Bloomberg.

A French pre-print paper published in May on Creutzfeldt-Jakob Disease (CJD) and COVID-19 vaccination identified a new form of sporadic CJD that occurred within days of receiving a first or second dose of Pfizer or Moderna COVID-19 vaccines.

CJD is a degenerative brain disorder that leads to dementia and, ultimately, death.

Researchers believe the prion region from the original Wuhan COVID-19 variant’s spike protein was incorporated into mRNA vaccines and adenovirus vector vaccines — given to hundreds of millions of humans — and that it can cause a new type of rapidly progressing sporadic CJD.

Researchers analyzed 26 cases of CJD and found the first symptoms appeared on average 11.38 days after injection with a COVID-19 vaccine.

Of the 26 cases, 20 had died by the time the study was published and six were still alive. “The 20 deaths occurred only 4.76 months after the injection. Among them, 8 of them led to a sudden death (2.5 months),” researchers wrote.

The Biden administration Thursday said it made available 10 million doses of COVID-19 vaccines for children under age 5 to states and healthcare workers with “millions more available in the coming weeks.”

The White House unveiled its “Operational Plan” for vaccinating the youngest age group — one week before advisors to the U.S. Food and Drug Administration (FDA) are scheduled to meet to decide whether to grant Emergency Use Authorization for the Pfizer-BioNTech and Moderna pediatric vaccines for babies as young as 6 months old.

Children under 5 could begin receiving the vaccines as early as “the week of June 20th — with the program ramping up over time as more doses are delivered and more appointments become available,” the White House said.

Children’s Health Defense (CHD) Chairman and Chief Legal Counsel Robert F. Kennedy, Jr. called on parents and physicians “now more than ever” to “step into the breach to protect our babies from our government.”

Kennedy said the COVID-19 countermeasures, including the vaccines, were “never about science or public health,” adding, “Now they have departed from common sense and into naked cruelty and barbarism.”

Severe COVID-19 ‘rare’ in people who didn’t get vaccine

A survey of 300,000 people who didn’t get the COVID-19 vaccine revealed the unvaccinated didn’t place a disproportionate burden on health systems — in fact, they experienced very low rates of hospitalization and severe COVID-19.

A Canadian man last month learned the government approved his request for compensation for a COVID-19 vaccine injury.

Ross Wightman, a 40-year-old husband and father of two, said it took years of submitting paperwork before the government approved the claim. Wightman was diagnosed with Guillain-Barré syndrome (GBS), a rare condition affecting the nervous system that left him partially paralyzed, soon after receiving his first and only dose of the AstraZeneca COVID-19 vaccine in April 2021.

Wightman did not divulge the exact amount of the payout. However, he said he did not qualify for the program’s maximum payout of $284,000. He said he plans to appeal the payout amount to the program’s medical review board, which he said failed to take into account all his symptoms.

There have been 46,149 officially recorded adverse reactions to COVID-19 vaccines reported in Canada, but only a handful of claimants have received compensation.

CHD asks anyone who has experienced an adverse reaction, to any vaccine, to file a report following these three steps.

Updated: The headline on this article was updated to state that 182 new deaths after COVID-19 vaccines were reported to VAERS, according to this week’s data.