They May Want to Take a Step Back and Reevaluate: Israel Is Arming Neo-Nazi Group in Ukraine 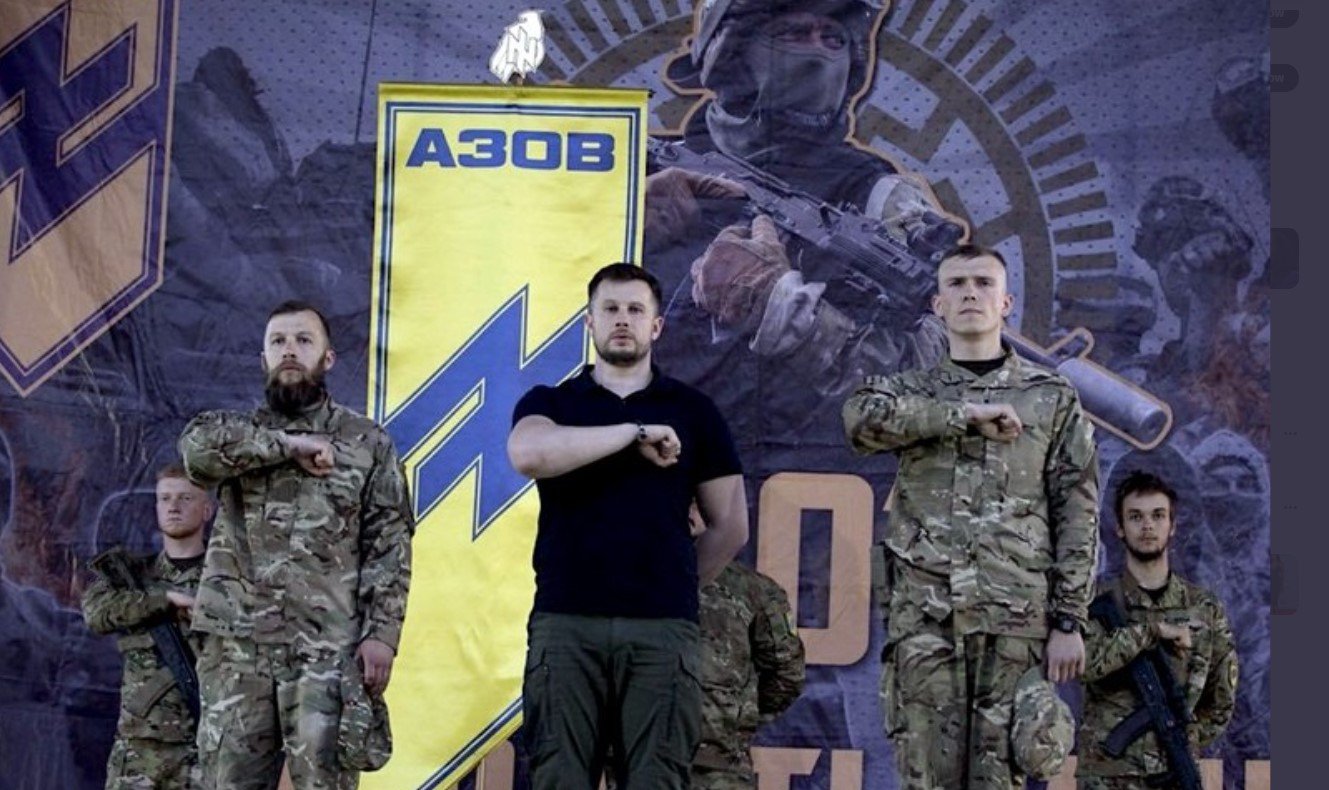 Apparently, the same people who accused every Trump supporter of being a Nazi suddenly are silent when an actual Nazi group is open and active in Eastern Ukraine.

It is just staggering that the liberal wing of the US corporate media has spent years smearing as “Nazis” all Americans who wear MAGA hats, oppose vaccine mandates, protest school curricula, etc.

Then they find actual, literal, real-life Nazis in Ukraine, and celebrate them: https://t.co/llleDEKy7x

Israeli arms are being sent to a heavily armed neo-Nazi militia in Ukraine, The Electronic Intifada has learned.

Azov Battalion online propaganda shows Israeli-licensed Tavor rifles in the fascist group’s hands, while Israeli human rights activists have protested arms sales to Ukraine on the basis that weapons might end up with anti-Semitic militias.

In a letter “about licenses for Ukraine” obtained by The Electronic Intifada, the Israeli defense ministry’s arms export agency says they are “careful to grant licenses” to arms exporters “in full coordination with the Ministry of Foreign Affairs and other government entities.”

The 26 June letter was sent in reply to Israeli lawyer Eitay Mack who had written a detailed request demanding Israel end all military aid to the country.

Azov’s official status in the Ukrainian armed forces means it cannot be verified that “Israeli weapons and training” are not being used “by anti-Semitic or neo-Nazi soldiers,” Mack and 35 other human rights activists wrote.

They had written that Ukrainian armed forces use rifles made in Israel “and are trained by Israelis,” according to reports in the country.

The head of the Israeli arms export agency declined to deny the reports, or to even discuss cancellation of the weapons licenses, citing “security” concerns.